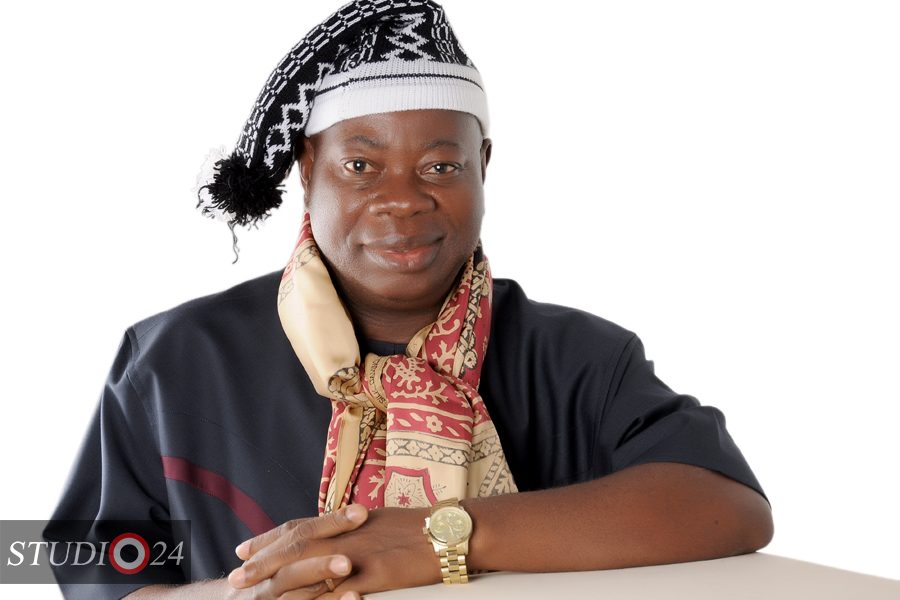 Some years back, an accomplished son of Arochukwu, who had paid his dues in the USA, visited home with his wife after many years. He could not contain his excitement as he moved from one relatives house to another trying to catch up on old times and savouring the enjoyment that only Aro can offer. On one of such visits to an uncle about 9 p.m. in the night, he met a cluster of panicky persons mostly women and children. It turned out that the man had just lost consciousness. The visitors scolded them why they had not rushed the man to the hospital. The man’s compound was not far from the Arochukwu general hospital. With the assistance of his wife, they gathered the man into his car and without asking questions sped off to the Arochukwu general hospital. He drove past the hospital before his gut feelings reminded him the hospital could not be that far. He stopped to ask and it was confirmed that he had driven past the hospital premises. He had to turn for the hospital was about one kilometre behind.

When he got to the premises, he realized why he drove past without noticing. Although the hospital was in the vicinity of the local government secretariat, the whole area was in pitch darkness. With the headlamps of his car and a flash light from his wife’s smart phone, they stumbled towards a building within the hospital where voices were coming from. It turned out to be a ward and soon two men emerged with torch lights. They explained that they were security men and could not guarantee that a medical staff could be summoned to attend to them. They referred the man to a clinic within town. When they got there, the old man was confirmed dead. The only option they had was to deposit the man in a morgue. So they returned this time to the Aro General hospital mortuary.

To say they were shocked at what they met there is an understatement. The mortician showed up and after a brief discussion agreed to take in the remains of the man. The dilapidated condition of the morgue forced the man’s wife to inquire if the morgue was in use. Nothing seemed to be functioning in the place and corpses were dropped on top of each other. The man ended up dropping the uncle’s body on the floor of the morgue after parting with some money. Throughout their drive back to the uncle’s compound, they could not utter a word out of shock. At last, the wife blurted, “only God keeps members of this community alive”.

Just recently, a senior citizen who lives in Arochukwu was not feeling well and put a call to the medical officer in charge of the Arochukwu general hospital who encouraged him to come to the hospital. While waiting for attention, he called to inform some of his friends where he was. It turned out that he had to receive an infusion, so they gave him a bed. As he was taking the infusion, his friends arrived. After scanning the environment, they queried why he allowed himself to be treated in an environment like that. They joked that if anything went wrong, they would not know if it was the sickness or the environment that was responsible.

These stories capture the sorry and deplorable state of the Arochukwu general hospital. The condition of one of the oldest hospitals in Abia state, having been established in the 1950s, had deteriorated so badly. The hospital that was the pride of the people of Aro, Ututu, Isu, Ihechiowa and Abam as late as the 70s and 80s, was now a shadow of itself. The communities have lost so many lives needlessly, some of them due to medical conditions that could easily be brought under control if the hospital was functioning.

The Arochukwu general hospital is almost abandoned. The hospital is in a terrible state. Erosion has washed off the foundation of most of the structures, from the theatre to wards and walk ways. The roofs of many of the structures were leaking while the ceilings were caving. The window louvres were broken with nettings torn. The compound is an eyesore with erosion ravaged roads, overgrown fields, vandalized solar lights, non functional boreholes and uncompleted doctor’s quarters. The kitchen of the hospital is collapsing and has played host to no food in decades. Even church rats find that kitchen useless and therefore, unattractive.

Frustrated by the disgraceful state of the hospital, many Aro sons and daughters have been clamouring for an intervention to restore the hospital. All appeals to the Abia State Government has not yielded the desired result. In July 2020, Nzuko Aro picked the gauntlet and commenced the mobilization of the Aro at home and in the diaspora to rebuild the hospital. As I write, Umu Aro have contributed huge sums and work has commenced. Because of the enormity of work, it would be executed in phases. The first phase involves environmental upgrade of the premises including clearing the fields, restoration of the solar lights, borehole and the entrance gate. This phase also includes physical restoration of the theatre, male, female and children’s wards, consulting rooms, OPD, reinforcement of foundations, re – roofing where
necessary, tilling, ceiling as well as electrical wiring and fittings. The work is being carried out through direct labour under the supervision of experts. Nzuko Aro leadership is determined to ensure judicious utilization of every kobo contributed. Subsequent phases would follow immediately phase one is realised and would deal with issues of staff quarters, equipment, staffing, maintenance and sustainability.

This is not the first time Umu Aro would be intervening to ensure the functionality of the Aro general hospital. In 1988, the Aro under the auspices of Nzuko Aro New York / New Jersey/ Connecticut championed the renovation and rehabilitation of the maternity ward. The same group is currently building a new mortuary at the General Hospital. Other individuals and groups have made one intervention or the other. Nzuko Aro Abuja branch had to clear the electricity bill of the hospital that had piled up and provided the hospital with lawn mowing equipment. Indeed, the All Aro USA (AAUSA) clinic in Aro was built when it became obvious that our people were not getting any real service from the general hospital.  Total PLC is currently building a Women and Children Centre at the premises of the hospital.

The problem of the hospital goes beyond physical infrastructure. With a staff strength of about 48, the hospital workers are said not to have received their salaries from the state government for upwards of a year. It is therefore, evident that getting the hospital to meet the expectations of the people would involve a great deal of investment in human and material resources. It would be necessary to examine the governance structure with a view to allowing the community some role to ensure the place is not run down again. Nzuko Aro hopes a memorandum of understanding would be worked out with the Abia State Hospitals Management Board on how to sustain quality services in the hospital. This time around, Umu Aro are determined to ensure that the Aro general hospital is not only restored, that the hospital becomes functional in a sustainable way. We urge all Aro to stand to be counted! We must change this horrific story!!