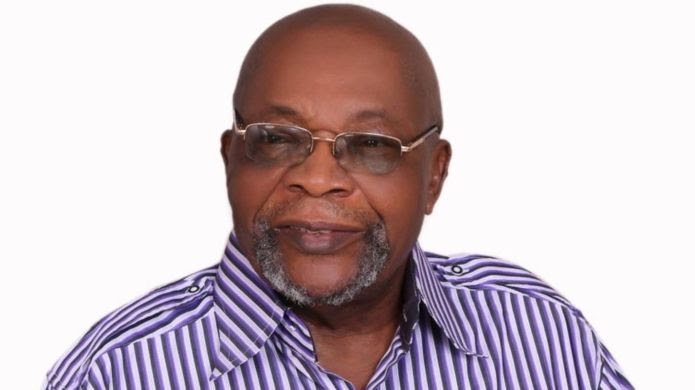 As the family, very close associates and friends of the late sage from all walks of life prepare for his final rites of passage in few days time, Mazi (Dr) Azubike Okoro, Ugwuaro pays tribute by recalling his rare qualities.

The Nigerian democratic landscape has lost an enigma, with the demise on February 1, 2020, of Dr Arthur Agwuncha Nwankwo. Popularly known as IKEOGU, he passed on at the University of Nigeria Teaching Hospital, Ituku Ozala, Enugu State, following a brief illness. The final rites of passage starts with a special Service of Songs/Nite of Tributes on Tuesday December 8, 2020 at the Chancery, New Haven, Enugu and continues with a wake at the Nwankwo-Ezete Gardens, Ajalli, Orumba North LGA, Anambra State on Wednesday December 9, 2020. Commendation Service holds the next day at St Marks Anglican Church, Ajalli and internment shall follow at the family residence. Born in Ajalli, Orumba North Local Government Area of Anambra State, he grew from humble beginnings to become one of Nigeria’s most respected authors, publishers, historians and political activists. But Arthur Nwankwo did not become astute by happenstance; he prepared for his role in society.

For instance, he knew early enough that without sound education, he would pass as a decimal, with no remarkable consequence. Hence he started out by taking a Bachelor’s degree in History and Political Science from Eastern Mennonite University, Harrisonburg, Virginia; Master of Arts from Duquesne University in Pittsburgh Pennsylvania, and D.Lit (honoris causa) from Shaw University in Raleigh, North Carolina. He returned to Nigeria in December 1966, just before the escalation of the political strife that culminated in the civil war. But the impact of the civil war did not diminish his intellect. It was Romano Guardini, one of the finest theologians of the 20th century who said that ‘the essence of Christianity is not an idea but a person’. This is true because it is in a person that we discover the richness of what Christianity is all about. This assertion directly applies to the life of Dr Arthur Nwankwo, a servant of God who is gone to be with his creator.

Once more, death has snatched an unassuming, diligent, God fearing and purposeful folk. Notwithstanding the injunctions of the Holy Book, the occurrence of death confronts us with a rude shock. We are sad because of the vacuum created by his absence but happy because the Almighty allow events to occur in the fullness of their times. Close associates of IKEOGU would readily admit that he was a personification of humility, simplicity and open mindedness. There were no age limitations as far as those attributes were concerned. He was at peace with himself, a peace maker and an impeccable character who believed more in good name and goodwill than earthly riches. A great man is known by his worthy causes, just as a great warrior is known by his valor. The true length of an iroko is never accurately measured until it’s down.

Such is the vacuum his absence shall create. IKEOGU, a titan by every standard and a scarce personality is no more. Indeed, the glamor is gone. IKEOGU, it will be impossible to forget your numerous fatherly roles – cutting short your overseas trip to be present during my traditional marriage at Ajalli on Saturday November 9, 1991, great encouragement when I founded the Aro News media in 1996, huge intellectual support that culminated in my successful doctoral degree endeavors in 2013, great excitement that follow each encounter we had, either at the chancery or outside, and the ebullient manner you would introduce me to dignitaries around you, etc, etc.

Again, your love for the Marxian analytics and the Social Science analytical premise of “one thing leads to another” is quite inspiring. Among the many lessons you thought me were “what constitutes greatness”, the characteristics of great people”, “between loyalty and intelligence, which is more important and why, “what constitutes true friendship and patriotism”. My long standing routine of ensuring that we see as often as possible was broken on my last two attempts due to your ill health. My interaction with Mazi Dr Benjack Nwankwo, who was on top of the situation to ensure your speedy recovery was soothing, but it was not too long after before the inevitable happened. Alas, eternity beckoned. Needless to say that you were well rounded in human endeavors. You impacted the world in equal measure with academics, political activism and crusade for social justice.

There are only a few like you. Dr Arthur Nwankwo was, to say the least, an international figure thwarted by his country’s circumstances. But by and large, he lived 80 years of eventful life and shall be missed by the global community, especially his immediate family whose emotional state would be extremely devastated. As Christians however, we shall not tarry in sorrow. Now that it has dawned on us that another season of existence has arrived, we shall take solace in the unfailing love of the God that does not change. We thank the Almighty for His love and blessings in his life and for the times he shared with humanity. We love him and shall miss him dearly. Adieu IKEOGU! Ezinwa Aro-Okeigbo!