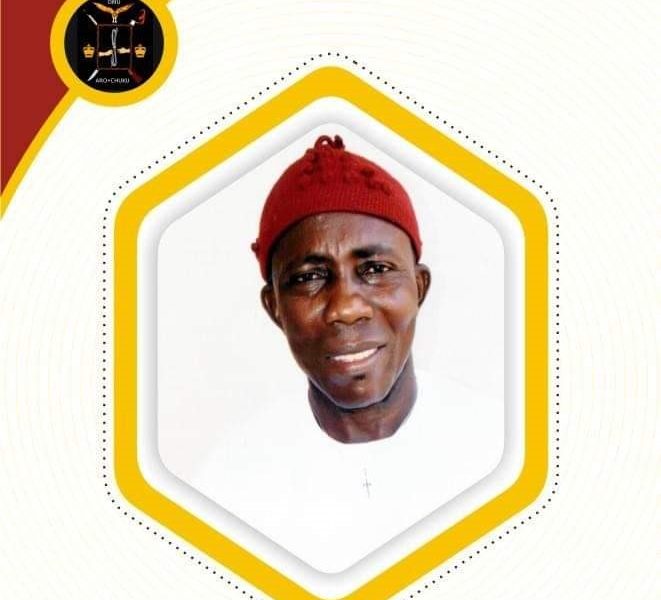 Umuahia branch of Nzuko Aro has elected Mazi Nnamela Obaa (JP) its President, while Dr Nwakanma Chijioke emerged as the Secretary of the branch. The election took place on November 8, 2020.

The other aspirant to the office of President of the branch, Mazi Collins Eze, had anchored his campaign on youth involvement in the leadership of the group.

Youthful leadership in all our cultural institutions, he posited, is the only way forward for us as Umu Aro if we want to nurture and sustain our rich cultural heritage, and allow for innovation.

Many were awed that the election to the office of President, Nzuko Aro Umuahia branch was decided by a narrow margin (a difference of 1 vote), and that the new Secretary of the Nzuko, Dr. Nwakanma Chijioke is a Medical Doctor and a Consultant Psychiatrist with Federal Medical Centre Umuahia.

These developments inspired pundits to draw several lessons and ask questions that may have wider implications for the leadership of our cultural and community development institutions in Arochukwu.

The election, which was described as transparent and credible by all parties and independent observers, was conducted by Mazi Orie Orji and Mazi Jeff Onyeador, and they were ably assisted by Mazi Sunday Uche.

Biochemist and businessman turned 57 on the 20th of February. A native of Atani village, he was educated at Union Secondary School, Awkunanaw and the ...