Contest for President-General: Why Nnamdi Udo May Lead Nzuko Aro Beyond 2013! 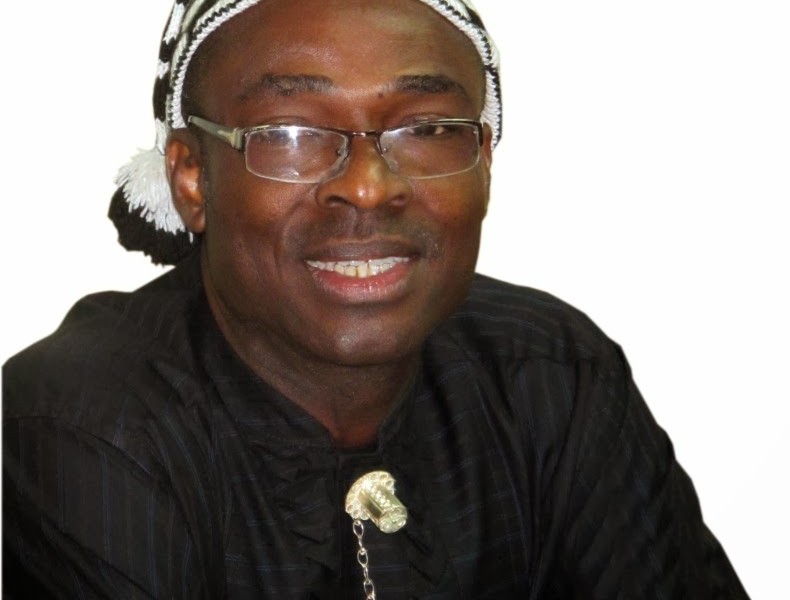 Two related events, each characterized by rite, ritual and tradition, shall take place almost about the same period this Easter, one in far away Vatican City, Rome and the other, in the ancient Arochukwu Kingdom. While Cardinal electors shall be selecting a new Catholic pontiff, Aro shall be electing a new central exco of its umbrella union, Nzuko Arochukwu. The most coveted, which is also the most attractive, is the president-general slot. “I call as my witness Christ the Lord who will be my judge that my vote shall be given to the one who before God I think should be elected.” With the above words, each Cardinal binds himself with an oath before the altar of God, hold up his folded ballot so it can be seen and drops it in a plate. However, whereas the voting by Cardinals to elect the next Pope will take place behind the locked doors of the Sistine Chapel, following a highly detailed procedure last revised by Pope John Paul II, ours shall be either a combination of open and secret or purely open, otherwise known as Option A4 as was adopted by late Professor Orji Umozurike, Chief Returning Officer during Mazi Ivi’s tenure.

Though the issue of Nzuko Aro’s election has been routinely discussed in small circles, after it was put on the agenda and publicly discussed during the last Nzuko Aro, Abuja branch meeting, it started generating more informed discussions in larger groups. The dominant issue is who takes over the leadership of Nzuko Arochukwu this Easter. Whereas a group made up of mainly young and overtly expressive gentlemen express happiness that the issue is generating interest that would most likely culminate in a contest; the other group made up primarily of more elderly elites are of the opinion that the highest leadership position should rather be cultivated such that experienced hands who made themselves available are allowed to complete the constitutionally guaranteed two tenures while fresh talents are identified and groomed in the process. To the later group, the position of president-general should be regarded as a rare privilege granted by the community to those who have served it faithfully in different capacities. Also, being a former president-general should, according to them, entitle a person to the membership of a select group whose major duty would be to protect Aro institutions and see to its total development. Therefore, they contend that it should not be left for young and inexperienced hands that may not be strategically minded enough to appreciate the dire consequences of toying with Aro’s fate. Based on the aforementioned arguments and judging from hindsight, as well as, the realities currently on ground, I do not see or expect a major contest come Easter. When Mazi Kanu Ivi was contesting for re-election, the arrow head campaign against his second tenure was not far from some members of his cabinet, mainly youngsters who seemed to detest his administrative style.

The group believed that they were better positioned in the current environment to take Aro to higher grounds. They insisted that age was not synonymous with experience and wisdom. Also, the group’s strategy was to come together under a younger officer in league with their cohorts, mainly Lagos-based while some of their supporters existed mostly in the eastern axis of the union branches. But all those efforts came to naught when Ivi’s campaign machine was fully mobilized and the danger of being crushed became evident. Am yet to see any posturing and gang-up of this kind against the current Nzuko Aro leadership just few weeks left to Election Day. Moreover, am not aware about cracks in its fold, meaning that the entire exco may be bidding for second tenure. Thus given the synergy, any feeble opposition shall crumble like a pack of cards.

However, beyond political gimmicks and empty posturing which does not serve Aro’s interest, am inclined to assess the Nnamdi Udo-led exco based on performance as basis for asking for a second tenure. When new helmsmen take over leadership, they do so with some objectives and targets on the basis of which present and future generations shall judge them. When Mazi Ivi was seeking for re-election, his supporters pointed to credible facts on the basis of which they insisted that he was eminently qualified to secure our vote. For instance, they referred to specific issues like the coordinated visits to government authorities including Aso Rock on several occasions, marking Eze Aro’s 10th anniversary, resolution of Ajalli crisis, coordination of All-Aro USA medical mission, the Aro road reconstruction, arrival of GSM communication networks, effective handling of boundary matters, restoration of interest on Ikeji festival and many more as legacies brought by his government. The group also maintained that Ivi ran a transparent administration because he entered into a ‘social contract’ with Aro via his published Aro Agenda which he dutifully pursued. Of course, Mazi Ivi’s administration had its dark spots for which he got some knocks. But I thought twice while starting an objective assessment of the present exco, especially because of the peculiar way they came on board. Am I not being too hasty given the incidence involving loss of human lives that overshadowed their ascension to power?

It therefore, seems to me that this exco shall be better assessed if they secure a second tenure when, beyond routine administrative matters, they will be expected to fully engage in developmental issues. However, apologists of the present leadership readily mention things like successful staging of Aro Day and Ugwu Aro Awards, the reputational import of the visit of the erstwhile United States Ambassador to Arochukwu, good management of the post-election crisis, tackling of security challenges, President-General’s football contest to engage restive youths, attracting dignitaries to Eke-Ekpe, etc. In addition, since that ugly incidence, we saw Ekpo again for the first time last Xmas and it clearly made a difference. I was a part of the vanguard that vigorously campaigned for the unbanning of Ekpo and because he knew my stand, Mazi Nnamdi Udo once took time and explained to me why it had to wait until last December. Perhaps, the timing was also politically motivated as he was certain that unless Ekpo was restored when he did it, my ilk could mobilize enough adults with voting rights who saw the continued ban as a negation of our ethos. As I congratulate the exco on the decision, even though belated, it is my hope that they took all the advise proffered on how best to ensure that such a misadventure by masquerades and their handlers does not re-occur. It may not be totally out of place to argue that the above achievements are purely routine which is expected from any government in power but the credit, nevertheless, is deserving.

So if and when this exco is re-elected, I make bold to reiterate some expectations of Umu-Aro: the institutionalization of Aro history, the codification of the process for electing new officers into both traditional and political structures in Arochukwu, the building of a befitting palace for the Eze-Aro throne to enhance its radiance and attract tourists, development of a museum, the rehabilitation of the Ulonta Okoroji and the completion of the Civic Centre Project. Also, in the past, Aro News called attention to the need for creating a site on the internet by the authorities of the land for the propagation of Aro history and civilization, an Information Desk/Office in order to facilitate easy flow of information especially for tourists and historians, etc. Mazi Nnamdi Udo-led exco of Nzuko Aro has the potentials and drive to offer purposeful leadership that will impact on Aro positively. Nearly 700 years ago when a living Pope abdicated his Papacy, and in the absence of much experience on the issue, the Catholic Church is going ahead to elect a new Pope few weeks hence. It is doable because most processes have been codified such that people who are not qualified ab initio shall not declare interest or create confusion.

Imagine the many centuries of Aro civilization, yet daily we are battling with succession disputes even at the highest traditional stool. Won’t any person interested to rule us, first place his credentials on the table, including his relationships and attainments at his own Ogo and what corporate networks, national and international which he has to secure us opportunities? Should leadership at this level be a beggarly thing and is somebody who is not courageous enough to openly declare his candidacy fit to stand for election? Back to the forthcoming re-election issue, three years ago, Mazi Nnamdi Udo faced other contenders but he was able to emerge winner. What will the situation be this Easter? I still maintain that the forthcoming election looks less pregnant like the former so analysts believe that it will go the way of the current exco. Six years ago, the erstwhile publicity secretary, currently secretary-general told Aro News that what was paramount in an election was for a purposeful leadership to emerge so that the focus and direction already charted is not truncated. Where the reverse is the case, Aro would be taken back several kilometers from envisaged growth and developmental aspirations, he asserted. Even at that, Ernie Onwumere also noted that to totally ignore the possibility of a dark horse emerging as president-general does not make political sense. In his words, ‘the terrain is quite slippery if you reckon with the Nigerian standard. Anything is possible’, he cautioned. How does the Ernie prophesy of six years ago fit into the current political equation, especially given the fact that himself is part of the group seeking re-election? We shall await answers after the Easter break. Meanwhile, Happy Easter folks.

Following the release of the list of those who were selected for the various categories of Nzuko Arochukwu awards bestowed on them during the Aro ...