Encounter with Nelson Mandela & the Lyrics of Ozidism 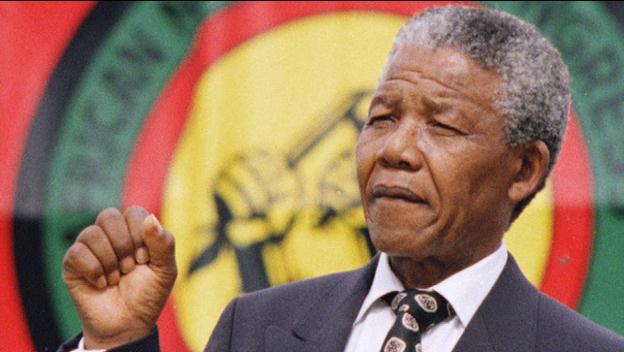 While on a visit to South Africa last October I got an offer of a half-day tour of some major historical attractions around Johannesburg. I did not have to think hard before settling for a trip to the Nelson Mandela family house at Soweto, a nearby suburb of Johannesburg. Recall King Sonny Okosun, the late Nigerian legendary music star, and his liberation songs? “Fire in Soweto, burning my people…fire in Zimbabwe, burning my people…” As a literature student and a lover of reggae songs, I read and listened to a lot of documentaries and songs on South Africa and the history of Mandela and the associated activities that led to the demise of apartheid in 1990. Neither in South Africa nor any where around the world will 16 June 1976 be forgotten in a haste due to the Soweto uprising. The apartheid regime had in 1948 introduced laws of segregation between the blacks and whites. They were not allowed to marry each other; they were made to use different hospitals, buses, schools, etc. But worse was the ‘pass laws’ introduced in 1958. This law stopped black people from living or working in towns unless they had the right papers. That meant they had to live and stay in very poor areas until they were needed for a job. Blacks were very angry for this and many protests were staged, each stoutly resisted by the apartheid regime. However, the biggest action occurred in 1976 when the government decided that black schools could only teach in a language called Afrikaans, the official language of white South Africans. Thus, at 7am on 16 June thousands of schoolchildren started to protest against the law and over 500 students were reportedly shot and many were killed. It is commemorated today by a South African national holiday, Youth day, which honors all the young people who lost their lives in the struggle against Bantu Education which sought to teach natives (blacks) from an early age that equality with Europeans (whites) was not possible.

Nelson Mandela meant everything to South African natives, and even some white settlers, now fully integrated into the South African society. All major private and public arenas have signs of his person and what he represents; a colossal image of a legendary personality, and, as my tour guide, George, hinted, he remains their guiding spirit even as biology has effectively constrained his movement and communication. The Mandela house at 8115 Orlando West, on the corner of Vilakazi and Ngakane Streets, Soweto, was built in 1945 as part of a Johannesburg City development in Orlando. According to Nelson Mandela himself, “it was the opposite of grand, but it was my first true home of my own and I was mightily proud. A man is not a man until he has a house of his own”. Mandela moved into the house in 1946 with his first wife, Evelyn Ntoko Mase and his first son. They divorced in 1957 and in 1958 he was joined in the same house by his second wife, Nomzamo Winifred Madikizela (Winnie). Mandela was to spend little time here in the ensuing years, as his role in struggle activities became all-consuming and he was forced underground in 1961, living a life on the run until his arrest and imprisonment in 1962, and sentence to life imprisonment in 1964. Mandela returned to 8115 Orlando West for a brief 11 days after his release from Robben Island in 1990. He then moved in with Winnie in Beverly Hills, Soweto before finally moving to his present house in Houghton. Winnie, herself, harassed by security forces and imprisoned numerous times, lived in the house with her daughters until her own exile to Beanddort in 1977 where she remained under house arrest until 1986. The family continued to occupy the house until after Mandela was released from prison. It was subsequently turned into a museum, with Mandela as founder trustee of the controlling body, the Soweto Heritage Trust. Though unable to meet with the great man physically in the house, as I entered his bed room and sat down briefly on his bed, I felt his looming presence. And as I drove around, looking at what is left of the famous ghetto settlement, and the new developments in Soweto, through the new stadium which was built when SA hosted the world cup via Johannesburg back to Sandton City, the new financial hub, the import of how extraordinary love for fatherland and service to community could cause positive change and transform a people dawned on me. Nelson Mandela is a typical example of an astute believer in a cause, love for motherland and service to mankind.

The story of your tender life began when Late Mazi Lazarus Ogbonnaya Okereke, then a wealthy produce merchant who franchised for J.B Ollivant, UAC, John ...