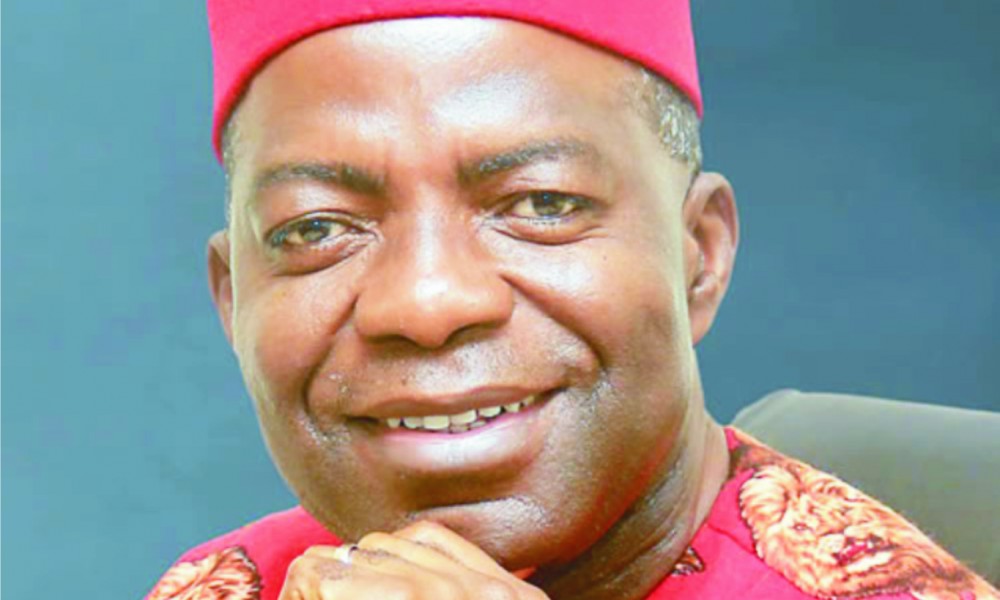 The governorship candidate of the All Progressives Grand Alliance (APGA), in the April 11, 2015 election in Abia State, Dr Alex Otti, has vowed to ‘reclaim my mandate stolen by the Peoples’ Democratic Party (PDP) and its standard bearer, Dr Okezie Ikpeazu,’ who was declared the winner by the Independent National Electoral Commission (INEC) on Sunday, April 26, after the supplementary election of April 25 in nine local government areas of the state. According to a statement posted on his Facebook account, Dr Otti made the promise when his supporters visited him on April 28 at his country home in Isiala Ngwa South council. He promised to follow established judicial process “to recover the stolen mandate,” adding that “justice delayed is not justice denied (in this case).” The story as was told further cited the case of Rotimi Amaechi (of Rivers State), Peter Obi (of Amambra State), Adams Oshiomhole (of Edo State), Olusegun Mimiko (of Ondo State) and others whose stolen mandates were recovered through the judicial processes; and that Dr Otti would also recover his too.

Also speaking to Abians on Pacesetter FM Radio, Umuahia, and Vision Africa Radio, Umuahia, Dr Otti repeatedly thanked Abians for voting for him and all APGA candidates in the 2015 elections throughout the state, ranging from the senatorial election to the state assembly, adding that all the APGA candidates they had voted for and whose mandates were stolen by the other party (PDP) would be reclaimed. He told them that APGA will file the appropriate petitions at the Abia State Election Tribunal in Umuahia ‘where the truth will come out.’ Then on Tuesday, April 28, Dr Alex Otti was a guest of the Pacesetter FM Radio, Umuahia, in its Matters Arising programme anchored by Eugene Okey Imuoh. During the programme, Dr Otti pointed out that his party and his supporters had noted the massive irregularities committed during the re-run election of April 25; including the placement of coffins at some points in Aba, brandishing of machetes tied with omu insignia and sundry fetish objects including the threat that any ‘resident-stranger’ in Aba who failed to vote for Dr Okezie would die, etc. Dr Otti insisted that Abia people voted for him and all APGA candidates in the National Assembly and State House of Assembly elections, but that some of the APGA candidates who failed their elections were actually rigged out. Thus, he promised that such stolen mandates ‘will be reclaimed’ and urged his supporters to remain calm and law-abiding.

He pointed out that as at the last count, APGA had won 12 seats in Abia State House of Assembly but that ‘only 11 were given to us.’ As to corroborate what Otti had said earlier, by the time the INEC Resident Electoral Commissioner in Abia State, Prof Celina Okoh, issued the successful house of assembly candidates with their Certificate of Return on April 30 at INEC office in Umuahia, 10 of the 22 recipients were APGA members including those from Aba North, Aba South, Arochukwu, Isuikwuato, Ohafia South, Umunneochi, etc while 12 were PDP.
It would be recalled that when Prof Benjamin Ozurumba announced the result of the gubernatorial election and the run-off, Otti was said to have garnered a total of 180,882 votes to place second to Ikpeazu who polled 264, 713 votes and who was finally declared the winner. Ikpeazu was later issued the Certificate of Return by INEC in Umuahia.

Ikpeazu was sworn-in on May 29, 2015 as the 6th civilian governor of Abia state, and the first man of Ukwa-Ngwa extraction to occupy the seat ‘since Adam was created’ according to Dr Anthony Agbazuere, former Commissioner for Information and Strategy. Meanwhile, five INEC officials who worked in Abia State during the governorship elections were arrested on May 5 for ‘aiding and abetting electoral offences, including smuggling away of the some card reader machines from the INEC office in Umuahia when they were caught in the act’ according to Channels Television report of May 6. As at the time of filing this report, Kanu Kanu Okoro, an APGA member told Aro News that there had been subtle and clandestine moves by Abia PDP to discourage Otti from seeking legal redress. But Otti was said to be unbending in his determination to reclaim the mandate, to salvage the average Abia pensioner, artisan, trader, civil servant and housewife that voted massively for APGA. Meanwhile, he has filed the petition and even granted his request to inspect the electoral materials used by INEC in the conduct of the April 11 governorship and State House of Assembly elections.

Mrs. Ijeoma Onwumere, wife of a former Editor-in-Chief of Aro News, Mazi Ernie Onwumere has passed away. She died after a brief illness at noon ...