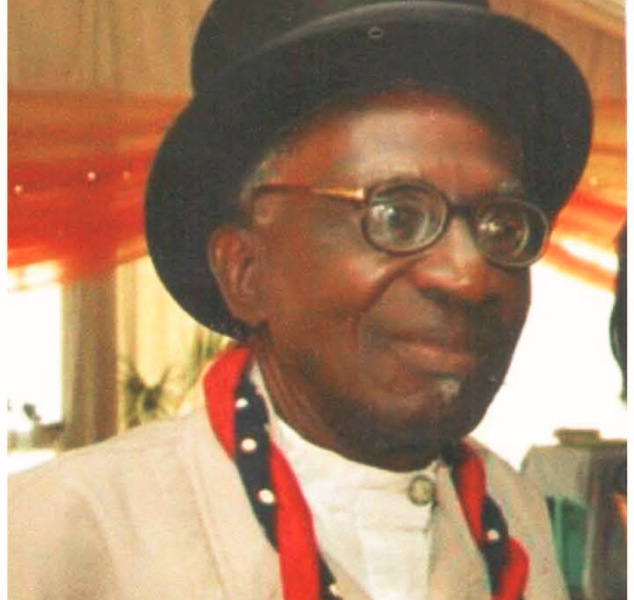 When does paying tribute to a departed person become a duty? No doubt, doing so is required or expected of someone that lost a relation or bosom friend. Of a fact, it’s not compulsory, yet it becomes obligatory if the departed is deserving of such honor, and such sentiments could be expressed in diverse ways. This background is important because though I have expressed sorrow in many ways about the demise of late Mazi David Okoronkwo Okereke (Dioke), a scion of the Lazarus Okereke dynasty, am not yet satisfied because I see it as a duty I owe to put pen on paper in honor of this gentleman that was an epitome of good culture and a communication expert. Aside from being an in-law of mine, he was an elder brother to my mother in-law, two of his remarkable deeds epitomize his rare qualities.

Saturday November 9, 1991 was the day of the first event. The venue was the Arukwe Okoronkwo compound, Obinikpa village, Ajalli, Orumba North L.G.A, Anambra State. And the occasion? The traditional marriage ceremony of yours sincerely. I was at the time an employee of the publishers of Nigeria’s premier business magazine, the Nigerian Economist, and most of my colleagues were Hausa/Fulani. Although none of them had ever visited the country side of the Eastern Nigeria as at that time, they nevertheless expressed willingness to do so on account of my friendship with them and in order to ensure they witnessed an important event of my life. I was touched by the genuine expression of friendship which was rare, and though I took their promise seriously, I least expected the large number that turned up.

Airport pick-up and hotel arrangements were made at Enugu while their stay in the village was on purpose planned to be very short. As their chief host, and aware that most of them still harbored fear being first time visitors to the Igbo heartland, I was concerned that there shouldn’t be a cause for any inauspicious experience. However, Dioke, being the quintessential true Nigerian he was, had all the answers to my worries without my knowledge. Immediately he sighted many guests dressed in flowing Hausa dresses entering the arena, he recognized them as “my brothers from Northern Nigeria” and rose to the occasion. Dioke was a linguist per excellence. His mastery and command of the Hausa language was flawless. His welcome speech, which was not ab initio planned, was the only tonic needed to relax my Hausa colleagues to the extent that eventually they spent greater part of their time in the village. To most Ajalli indigenes and other guests, it was equally a big sight-seeing event watching them prepare and perform ablution and observe prayer times several times. Dioke was generously appreciated by the guests with cash gifts that flowed freely while he entertained the audience with eloquent speech in Hausa language, which he perfectly combined with English language. That he relieved my worries that day in ways that could not be measured is one reason to eulogize him. The second is no less as important as the first.

As we know, managing a media venture as Aro News is like steering a big ship through a turbulent sea. This explains why the print industry is littered with corpses of magazines, newspapers and newsletters that took off with so much hope and fanfare only to die after a while. As founder/pioneer publisher, it was indeed quite challenging and I was tasked to the maximum. However, Dioke was among the few persons whose encouragement stood me on a good stead which accounted for the success of today. Intellectualism and love for literary endeavors were like second lives to him. He was always eager not to miss any edition we produced and called specially to thank me for working hard to secure the past, present and future civilization of Aro via a highly researched, quality newspaper devoted to its history and culture. The fear of failing people like Dioke thus, became my source of perseverance and enabled me, in the face of all odds, to remain focused on our commitment, belief and principles as encapsulated in our collective vision for a better society and greater posterity. For this role, he stands credited for contributing to the success of the Aro News story.

When I arrived the States in 2014 with my family on vacation, due to tight schedule, we did not plan going over to Boston as we usually do in previous occasions. However, when Mazi Nnanna Okereke (Topsy), his junior brother intimated me about Dioke’s ill-health, the trip became inevitable. My assessment of his situation at sighting him was that another season of existence beckoned but trust the western medical science, he was brought back to a sound shape in no time. We spent time together, enjoyed his un-ending rib-cracking jokes and the wisdom that flowed from his rich experience. When we departed, he spent a little more time and returned to continue with his medications locally. Uchenna Okereke (UC Baba) Topsy’s son, whose love for uncle Dioke knows no season, kept regularly in touch and frequently sent supplies of medication from Boston and Dioke always appreciated each delivery. The very last parcel that came would have provided me good chance of seeing him alive once more before his departure to eternity but tight work schedule denied me the opportunity. Rather, I sent my driver for the delivery and followed up later on phone to confirm receipt and, as ever, he was very glad for the effort.

So it was that this enigma of a man, who arrived this world on August 24, 1933 breathed his last on February 13, 2015 and was committed to mother earth at Amuvi village, Arochukwu on Saturday April 18, 2015. It is true that what makes a person great is not wealth, size or age but worthy causes and character. Indeed, a great warrior is known by his valor which could be likened to your eventful life as exemplified by many good deeds. Of course, it’s only when a iroko tree is lying on the ground that its true length can be ascertained. We are sad but not unmindful of the fact that time and season belong to God who alone knows what constitutes the fullness of time. I can only therefore, thank God for the robust relationship we had and for the fact that by your worthy actions, such as those credited above, you etched your footprints on the sands of time. Adieu.