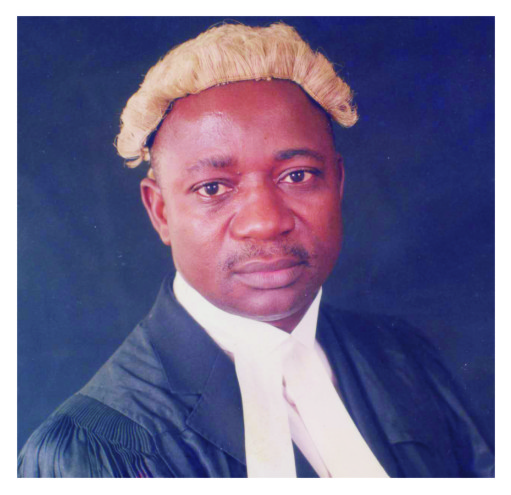 The binding effect of the resolutions of the House of Representatives and the Senate, National Assembly on the other arms of government i.e. the Executive and Judiciary, has assumed a controversial stance within our national discourse in recent times. The reason is because it is adduced that only laws passed by the National Assembly can have binding effect and not resolutions. It is further argued that since resolutions do not undergo that normal legislative process of law making, they have no binding effect but can at best be advisory and persuasive, on the other arm of government. However, it is argued that the National Assembly as representatives of the people, have powers to influence the other arms of government through its resolution, which must of necessity be complied with since they are incidental to its legislative duties.

Against the backdrop of the above position, this paper seeks to examine the binding effects of resolutions viz. a viz. the established legal, constitutional law principles as well as legislative practice and procedure.

In Nigeria, the National Assembly as the apex law making organ, consists of a bicameral legislature, the Senate and the House of Representatives. As a matter of practice and procedure, members of the National Assembly initiate motions of critical legislative importance to address major issues of national concern. The members sitting in the House or Senate plenary deliberate on such motions and come up with decisions, often referred to as resolutions.

The term ‘motion’ in its wide sense means any proposal made for the purpose of eliciting a decision of the House in order to ascertain the will of the House in regard to a matter before it, every question to be decided by the House must be proposed by a member in the form of a motion. Every matter is determined in the House by means of a question put from the Chair on motion made by a member and resolved in the affirmative or negative, as the case may be.

Resolutions refer to all and/or any decision of the Senate and House of Representatives following a motion on any subject matter within their legislative competences as contained in the Constitution of the Federal Republic of Nigeria and passed in accordance with the Standing Rules or Orders of the National Assembly. Resolution has been defined by Wikipedia as “a written motion adopted by a deliberative body.” According to Merriam Webster’s “resolution” is “a formal expression of opinion, will, or intent voted by an official body or assembled group”.

In parliamentary law and procedure, a motion of member becomes resolution of the whole House if it is carried; if it obtains necessary number of votes. A resolution is what a motion seeks to become.

Discussion on a motion is initiated by the mover of the motion, and later, unless he withdraws it, the House either adopts in in toto or with such amendments as it may like to make or it may reject it altogether. The mover of a motion frames it in a form in which he/she wishes it ultimately to be passed by the House and on which the vote of the House can conveniently be taken. The members who wish the motion to be passed in a different form may move amendments after the original motion has been proposed by the Speaker. These amendments too should be in the form in which the motion as amended can be passed by the House and must, therefore, be relevant to the subject matter of the main motion.

In law, resolution is a written motion adopted by a deliberative body. The substance of the resolution can be anything that can normally be proposed as a motion. For long or important motions, though, it is often better to have them written out so that discussion is easier or so that it can be distributed outside the body after its adoption. An alternate term for a resolution is a resolve.

In practice, resolutions, whether simple, special or joint resolutions by the legislature are often communicated to the body concerned for necessary actions. The text of such resolution often contains the principles followed by the legislature in arriving at the decision. They include the facts, the legal elements, the policies, morality, and political, socio-economic or other reasons for the resolution by the House imploring the addressee to comply.

Against the backdrop of uncertainty over the legal effect of resolutions of the National Assembly, especially those directed at the President, eminent writers and lawyers alike have stated that the resolutions are not binding having not the force of law. According to Prof. Itse Sagay SAN and Chief Mike Ozekhome SAN, such resolutions were merely advisory and any attempt to make them binding would amount to constitutional anarchy. For instance, the Senate resolutions asking President Goodluck Jonathan to sack the Director General of The Securities and Exchange Commission, SEC, Arunma Oteh and Presidential spokesman on Public Affairs, Dr. Doyin Okupe, were said not to be binding on the President.

In the words of Prof Sagay, “The National Assembly resolution is just an advice; it is not binding on the executive. The only thing that can be done by the National Assembly that can be binding is a Bill that has been passed and sent to the President, and the President signs it into law; only then will it be binding on the executive and it becomes law. However, when a Bill is passed and sent to the President, he vetos it, then it is returned to the House, they pass it with two-third majority, that becomes binding. Those are the only two things. But an ordinary resolution is not binding; it is an advice.

Chief Ozekhome said: “Nigeria operates a written and rigid constitution which clearly spells out the powers of the various arms of government. It is unconstitutional in any and every way for any arm of government to usurp the powers of any other arm. Such usurpation, whether advertently or inadvertently, is indefensible and unpardonable because it cannot be binding on the President.

Mr. Segun Ajibola, SAN, contended: “There is no gain-saying that there is no constitutional or statutory backing for the remarkable resolutions of the National Assembly to make it binding on the executive or indeed the President. At best, they are persuasive. Though they are most times a product of the exercise of legislative powers, by way of oversights functions provided for by the same constitution”.

Under the provisions of the Constitution of the Federal Republic of Nigeria 1999 as amended, the word resolution appeared thirty-six (36) times suggesting that the legislature has the power to influence the Executive arm of government.

(a) the President shall not declare a state of war between the Federation and another country except with the sanction of a resolution of both Houses of the National Assembly, sitting in a joint session; and
Section 6 (1)(4) of the Constitution which deals with the ideals and objectives of the National economy provides that (4) For the purposes of subsection (1) of this section –
(a) the reference to the “major sectors of the economy” shall be construed as a reference to such economic activities as may, from time to time, be declared by a resolution of each House of the National Assembly to be managed and operated exclusively by the Government of the Federation, and until a resolution to the contrary is made by the National Assembly, economic activities being operated exclusively by the Government of the Federation on the date immediately preceding the day when this section comes into force, whether directly or through the agencies of a statutory or other corporation or company, shall be deemed to be major sectors of the economy; (emphasis mine)

Section 16 (2) of the Constitution provides:

If the Federation is at war in which the territory of Nigeria is physically involved and the President considers that it is not practicable to hold elections, the National Assembly may by resolution extend the period of four years mentioned in sub section (1) of this section from time to time but not beyond a period of six months at any one time.

Section 84 (3) which provides for the appointment of the Auditor-General of the Federation, provides thus:

Except with the sanction of a resolution of the Senate, no person shall act in the office of the Auditor-General for a period exceeding six months.

88. (1) Subject to the provisions of this Constitution, each House of the National Assembly shall have power by resolution published in its journal or in the Official Gazette of the Government of the Federation to direct or cause to be directed investigation into (the matters stated therein).

Section 105 (2) of the Constitution provides that the National Assembly can by resolution, extend the tenure of elected officials when the country is in a state of war. It provides:

If the Federation is at war in which the territory of Nigeria is physically involved and the President considers that it is not practicable to hold elections, the National Assembly may by resolution extend the period of four years mentioned in subsection (1) of this section from time to time but not beyond a period of six months at any one time.

Section 151 (1) (2) of the Constitution provides that National Assembly shall by resolution prescribe the number, allowances and remuneration of the President’s special advisers.

Section 305 (1) of the Constitution dealing with proclamation of a State of Emergency provides that:
(2) The President shall immediately after the publication, transmit copies of the Official -Gazette of the Government of the Federation containing the proclamation including the details of the emergency to the President of the Senate and the Speaker of the House of Representatives, each of whom shall forthwith convene or arrange for a meeting of the House of which he is President or Speaker, as the case may be, to consider the situation and decide whether or not to pass a resolution approving the Proclamation.

Section 1, Part III of the Second Schedule to the Constitution provides:

Since Nigeria operates a Constitutional Democracy (See UGWU V. ARARUME (2007) ALL FWLR (Pt. 377) 807 at 897 Paras. D- E (SC)) based on the principles of separation of powers as eminently laid out by the Constitution itself, it follows that any act done by any other arm of government not expressly granted to it by the Constitution will be ultra-vires and be regarded as a barefaced usurpation of the Constitution.

The principle behind the concept of Separation of Powers is that none of the three arms of government under the Constitution should encroach into the powers of the other. Each arm – the Executive, Legislative and Judicial – is separate, equal and of coordinate department and no arm can constitutionally take over the functions clearly assigned to the other. Thus the powers and functions constitutionally entrusted to each arm cannot be encroached upon by the other. The doctrine is to promote efficiency in governance by precluding the exercise of arbitrary power by all the arms and thus prevent friction.

According to Chief Mike A.A. Ozekhome, SAN, Nigeria operates a written and rigid constitution which clearly spells out the powers of the various arms of government. It is unconstitutional in any and every way, for any arm of government to usurp the powers of any other arm. Such, usurpation, whether advertently or inadvertently, is indefensible and unpardonable because it can lead to political bedlam and instability.
Although resolution do not have the corresponding force of law capable of eliciting coercive effect, it serves as strong legislative instrument for influencing policies of government and ultimately resulting in legal instrument. As the representatives of the Nigerian people it is no gain saying that resolutions of the legislature must be given the seriousness it deserves because it often reflects the wishes and aspiration of the people.

Birkbeck PhD maths student Chimere Anabanti has been awarded a Gilchrist Educational Trust prize for the postgraduate researcher at the College who has made the ...