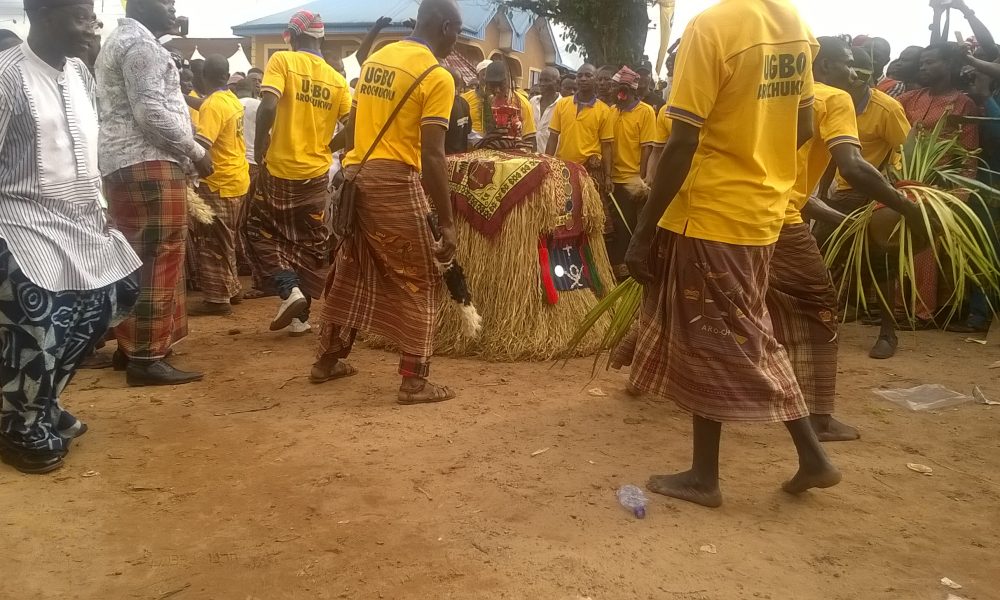 Telecommunication giants, MTN, staged a remarkable comeback as sponsors of the 2016 Ikeji Arochukwu. The company returned after a five-year absence from the event.

The Ikeji 2016 planning committee under the chairmanship of Dr. Orji Ogbonnaya Orji, left no one in doubt about its desire to showcase an epochal event.  The team swung into action immediately after its inauguration at the first CEC meeting of the George Ezuma-led Nzuko Aro. After a series of meetings, it made contacts with several multinationals and individuals on the sponsorship of the festival.

Its efforts however paid off when MTN accepted to be the events sponsor. The company parted with N1.5million as sponsorship fee for the festival, which has also been redeemed. In 2010 and 2011, MTN sponsored Ikeji festival, but how much the telecom company paid Nzuko Aro leadership of the time is still shrouded in secrecy.

Nigeria Breweries Plc were also part sponsors of the festival but made no financial contribution. It however set up a drinking village were its products were sold at rock bottom prices.

After the arrival of its officials at Arochukwu on September 22, the telecommunication firm organised a road show at Amaikpe on Friday, September 23. Nigeria Breweries were also not left out of the road shows as it organised its own. MTN continued its road show around the villages up until 9am on Eke Ekpe day.

Both companies organised raffle draws which many Umu Aro won. There were other items won, including bags of rice.