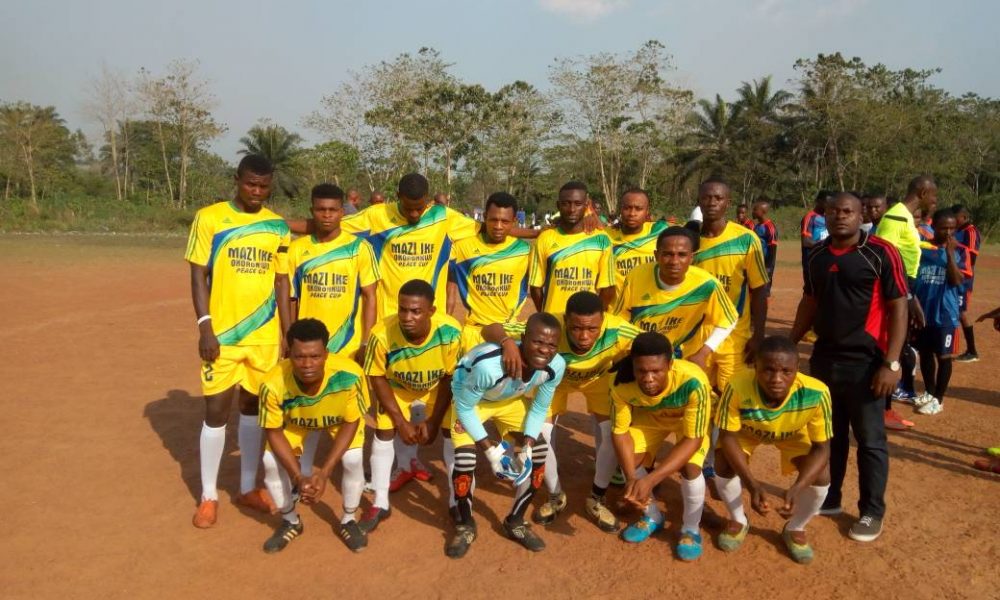 The top echelon of the Nigeria Football Federation (NFF) and some ex- internationals will converge on Arochukwu on the 1st of April, 2018 as special guests of honour at the finals of the first Mazi Ike Okoronkwo Peace Football Cup competition. There will be trophies for the first, second and third teams. There will also be prizes for the Most Valuable Player (MVP) of the competition, the Highest Goal Scorer and the Best Goalkeeper and lots of gifts for even the spectators.

Plans are equally in the pipeline to nurture and grow an all Arochukwu team to be known as Aro United Football team that will start to compete nationally.

Outstanding players in the competition stand a chance of being discovered by professional football clubs in the country as scouts and coaches will accompany the NFF delegation to Arochukwu.