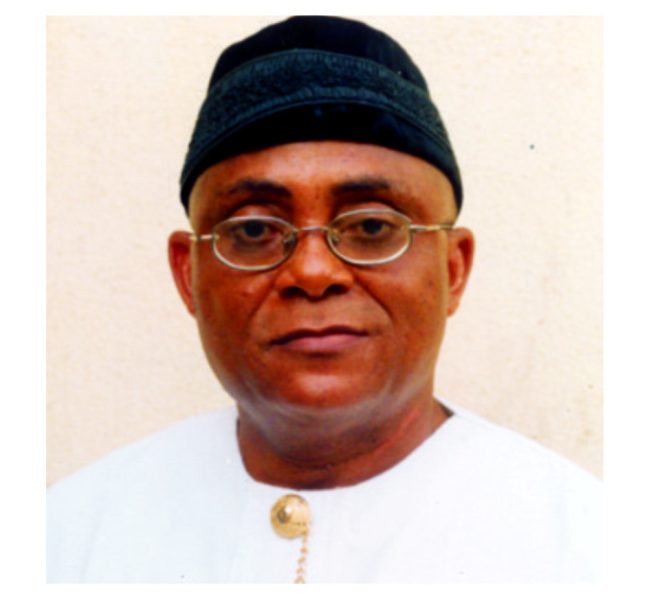 Therefore, Aro Nation may not necessarily be defined by geographic expression alone, but may also include the soul principles that bind together all the peoples of Aro ancestral extractions. Arochukwu remains the headquarters and center piece of Aro nation. Every Aro extraction has his or her ancestral root in one of the 19 villages that make up Arochukwu City. Building and rebuilding a nation is a continuous process project. It is not a one-time action project. It may involve intelligent radical changes in geo-political and leadership structures, as well as socio-cultural and economic development orientations of the nation.

Originally, Aro people are special kind of Igbo subgroup endowed with natural wisdom and enterprising skills. They are the most widely travelled among the Igbo people, and can easily be found as sub community of people in different communities in many southern areas of Nigeria and even beyond. Aro history predates the historic Igbo migration era and also the creation or building of the present Arochukwu kingdom.

I have always maintained, following intelligent research, that originally, Ndi Aro and indeed Ndi Igbo have Jewish origin. They were descendants of GAD, who was the 7thson of the 12 sons of Jacob (Israel). Jacob was a descendant of Isaac and Abraham. Gad himself had 7 sons including Eri his 5th, ARODI his 6th, and Areli his 7th, (Genesis 46:16). Israel and all his sons with their households formed part of the 70 Jews that left Beersheba for Egypt as God had directed Israel, (Genesis 46: 2-4, 26-27). They all went to dwell with their brother, Joseph, who they had earlier sold into slavery, and who later became the second in command to King Pharaoh of Egypt. Later, after spending some years in Egypt, Arodi, being the bravest, the most daring and powerful of his two other brothers, Eri and Areli, decided to lead them (his two brothers), with some other people they had added to their stock, out of Egypt for a historic journey of faith in search of a new and better place of abode, where they could settle and continue to worship and serve the almighty God of Jacob, Isaac and Abraham, without hindrance.

They travelled through many nations until they got to this part of the world, now called Nigeria. They briefly settled in Igala area of the present middle belt of Nigeria before they moved out, southwards, until they got to a place where Arodi, the team leader, decided to settle his brothers, Eri and Areli. They called that place, Aguleri, the abode of Eri and Areli, now in Anambra state. These two brothers, (Eri and Areli), later expanded their territory to Nri, Menri and environs. But Arodi continued his fearless journey further southwards with some of his team members until they found a suitable place with some natural grove to settle. Arodi named the place ARO after his name, ARODI, but added a powerful name of ‘’Chi-Ukwu Abiama” (the Almighty God of Abraham) as the surname. Hence the full name, Aro-Chi-Ukwu Abiama, now shortened to Arochukwu.

They dwelled there and continued to worship and fear their God. They became known as UmuChukwuAbiama, the children of God of Abraham. Even till this day, many still call Aro people, Umu Chukwu Abiama (the people of God of Abraham). They remained and prospered there as Igbo (Hebro) for several centuries before many rebellions and wars came and altered some of their cultures and social behaviors. The last of such wars that became very significant was that of Igbo/Ibibio war of over 700 years ago that gave rise to the building of the present Arochukwu kingdom. The Igbo (Aro) conquest in that war brought a new mix of the core Igbo group with some Ibibio neighbors and Akpa mercenaries group together to build the present Arochukwu kingdom, now in Abia.

All these other groups were assimilated and integrated by the core Igbo into one unique strong Igbo subgroup. This merger gave the new Aro more opportunities and advantages, even till date. They became wiser, stronger, more enterprising, daring and more united. They began to travel far and wide, outside Arochukwu, for various religious and commercial enterprises which led them to establishing many Aro Communities in different places, where ndi Aro have since been occupying as their own communities, some ranging from 300 to over 600 years ago. These Aro communities, outside Arochukwu, built and developed by Aro leaders of great past are what we call Aro Diaspora communities.

New ones continue to come up as umu Aro keep expanding globally. Some of Aro Diaspora Communities are today autonomous communities in their located areas; they have their own local chiefs and kingswho are duly recognized by their state governments. That notwithstanding Aro Diaspora Communities maintained complete allegiance to their ancestral roots in Arochukwu, and to Eze Aro of Arochukwu kingdom. Eze Aro was the rallying point of all Aro. He would hear the voice of Umu Aro and would heed to their call. Every Aro would venerate him. In that time, Aro people were feared and respected. No one could harm an Aro and go scot free. Any harm did to any Aro or Aro community was a harm done to the entire Aro people as a nation. Ndi Aro would go to war to avenge the harm and secure justice and conquest for the injured Aro or Aro community.

As at then, Aro interest was paramount to every Aro person. Aro interests include, but not limited to the rights, welfare, socio-economic and political interests of Aro persons, or Aro communities. Therefore, Aro interests could be institutional, communal, or individual. Every Aro was his brothers’ keeper. Any Aro who heard the voice, a call or a cry of another Aro would stop and attend to him or her. There was this amazing spirit of unity in diversity of the diverse peoples and communities that make up the Aro nation. The spirit of one Aro nation was found in every Aro person. So, ndi-Aro cared for and loved one another beyond measure. Aro network system and networking relationships marveled many people of that era, even till today.

But now, all those virtues, opportunities and advantages appear to have been lost and or neglected to the detriment of Aro nation. It appears that some yawning cracks now exist. And this has tended to weaken the structures that used to hold the Aro nation firmly together. The spirit of solidarity of being their brothers’ keepers, found among the Aro of the time past, helped in making other people respect and fear Aro people and their interests everywhere. Such spirits are what we need to restore and institutionalize very quickly. Hence there is this new call by some reputable Umu Aro to rebuild the Aro Nation in order to help restore its lost honor and glory; and also make the expected emerging Aro Nation much stronger and better than the former.

This call is worthy of great attention. Just like All Aro National Conference, this call for rebuilding the Aro nation should attract the interest of all influential umu Aro and the Nzuko Aro worldwide. This idea may be made to become another important organ of Nzuko Aro. The idea should be sold widely to Aro Communities and all Aro everywhere. The All Aro National Conference,which appears now to be on a stretcher of docility, should be revitalized and put to action to help actualize the vision of rebuilding the Aro Nation. It is Aro people that will rebuild the Aro nation. For this to happen, we, umu Aro, must first of all rebuild and renew our mind. Renewed mindsets full of commitment to selfless community services, tolerance, care, forgiveness and love for others, must be found in us.

Aro youth should join in the tasks; they should be adequately re-oriented and empowered; they should be prepared for leadership at appropriate levels. The paramount stool of Eze Aro should be strengthened further and made to remain the most influential seat of power for the Aro nation. Any existing impasse in his palace should be quickly resolved. The Aro Oboru Community’s pending case should be intelligently revisited with a view to securing justice for the displaced people of that important community. A comprehensive list of Aro Diaspora communities worldwide should be compiled and preserved in internet/digital files for easy referencing.

All Aro USA should work closely with Nzuko Aro and other Diaspora Aro Communities to expand and strengthen Aro Nation Network (ANN) and its networking relationships. All negative narratives that have affected Aro people and their interests adversely should be reconstructed. In Arochukwu, land acquisition and genuine transfer of ownership should be harmonized in order to encourage development of Arochukwu city, and also eliminate corrupt and fraudulent transactions on land matters. Physical and economic development of Arochukwu, the headquarters of Aro nation, should be given priority attention by all who are in good position to help.

Finally, I urge us all, especially the people of influence, opinion leaders amongst us, to get actively involved in this call for “Rebuilding the Aro Nation” for promotion and protection of Aro interests for the joy of Aro communities and peoples.