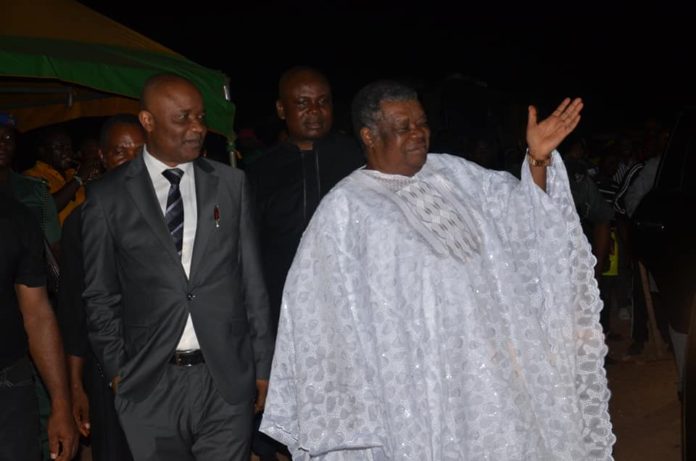 World renowned Evangelist and President of the Uma Ukpai Evangelistic Outreach, Rev Dr. Uma Ukpai on Friday the 22nd of March, 2019, rededicated the ancient land of Arochukwu to God. He also prayed for the healing of the land. The programme which began on Wednesday 20th March, 2019 witnessed a large turnout of people.

Rev. Ukpai who spoke during the 2019 Aro Gospel Invasion Crusade with the theme ”Total Freedom” pointed out that every son and daughter of the land of Arochukwu should be worried over the state of roads in the land.

He stated that healing of Arochukwu land actually began about eight years ago, but regretted that the traditional leaders of the community had not shown enough commitment to the plight of their land until recently.

Organised by the Arochukwu Christian Brethren Association, the Eze Aro in Council and the Eze Ogos  attended the crusade and openly confessed their sins to God and pleaded with Dr. Ukpai to intercede on-behalf of Arochukwu land.