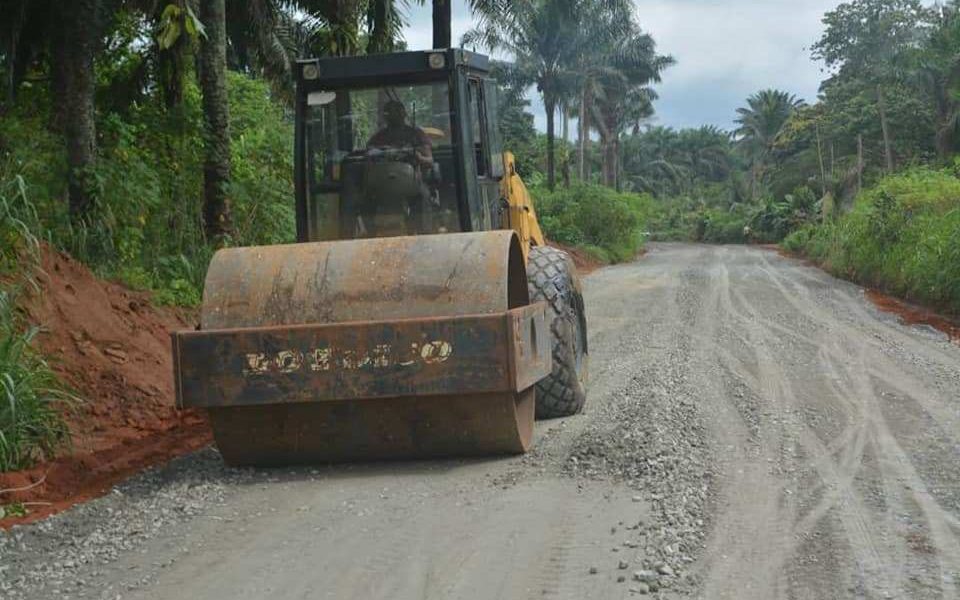 In a bid to ameliorate the sufferings of Abians, especially those living in the rural communities, a financial expert, and the All Progressives Grand Alliance (APGA) governorship candidate in the 2019 general election, Dr. Alex Otti (OFR), has extended his ongoing road construction project across the state, to Umuasua in Isiukwuato LGA.

This time, the banker-turned politician chose the strategic Umuasua community that has lacked good roads for decades, as the beneficiary of his roads intervention project.

Recently, Dr. Otti visited the road under construction to ascertain the extent of work done, and was delighted that Solberg Construction Company Ltd was on site carrying out serious construction work on the road.

Some residents of Umuasua community who joined Otti on the inspection tour thanked him immensely for choosing to wipe away their tears when they needed it most.

They pledged their support and co-operation to ensure that the road was delivered according to specifications in the interest of the community.

Otti, who initiated the road contract through the NDDC expressed delight that his vision and desire to ensure that the road is constructed to reduce the sufferings of the people is speedily coming to accomplishment.

Commenting on the development, some APGA stakeholders who accompanied the financial expert on the visit, extolled Dr. Otti for his strategic engagement and interface with the people at the grassroots which has seen him initiate projects and programs that have continued to impact positively on the people, and urged him to continue to use his contacts and goodwill to touch the lives of Abians positively﻿

Dr. Otti had, through the NDDC, attracted many road contracts some of which have been completed, while others are ongoing in Isialangwa South, Isialangwa North, Arochukwu, and Isuikwuato LGA.

Otti had, during the commissioning of the strategic Isieketa Mbawsi road in 2018, promised to leverage on his contacts and relationship with those in power at the Federal level, to attract projects that would add meaning to the lives of Abians, and he has not relented since he made that promise.

He had equally attracted the construction of several internal roads in Arochukwu, some of which have already been completed.