Buhari, the Logic of Change and Democratic Tyranny: The Lessons of History 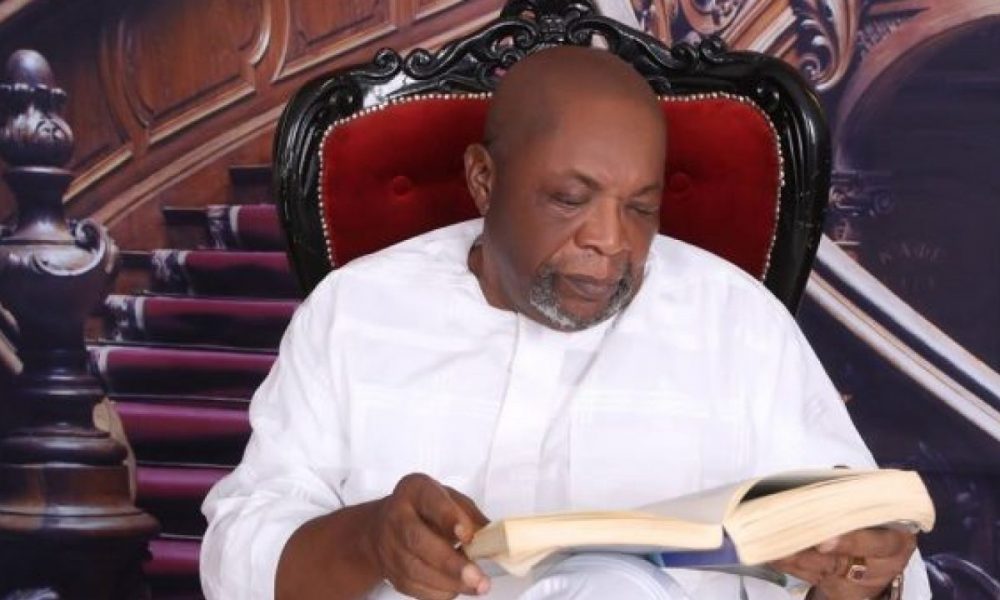 Progress, far from consisting in change, depends on retentiveness. When change is absolute there remains no being to improve and no direction is set for possible improvement: and when experience is not retained, as among savages, infancy is perpetual. Those who cannot learn from history are doomed to repeat it

One thing you cannot take away from most Nigerians is their penchant for collective amnesia. Despite the lessons of our history, we seem to learn nothing. On several occasions, especially in times like this, most Nigerians find themselves in a state of apparent exhaustion, as though drained of all their physical and mental energies; in a kind of torpor from which we are aroused only by difficulty and hardship. I have come to appreciate the fact that of all human institutions, none is as pervasive and inescapable as the state.

As socio-political beings, God has destined man to live together; to form groups for physical and emotional sustenance. In forming such groups, the most powerful group, which man has formed is the state. In line with the principles of “social contract”, it is to the state that we grant, explicitly and implicitly, willingly and unwillingly, powers that affect every aspect of our lives. History has shown that when the state exercises its coercive powers without restraint we have little choice about this grant, and we may find ourselves with hardly anything beyond the hope for survival. In such circumstances, we can only take recourse to history to raise society’s consciousness to prevent the birth of tyranny; to avoid finding ourselves with no choices except suffering oppression and brutality.

The present government of Muhammadu Buhari is a direct threat to this country. Make no mistake about this- the lessons of history weigh heavily in this direction. I have in one of my earlier articles drawn attention to the activities that heralded the collapse of the ancient Mali Empire. In about 1203, Sumanguru (the Sorcerer King) took over what was left of old Ghana Empire. He was cruel and killed all that challenged his power. He killed many Malinka people but did not kill one of the crippled princes named Sundiata. In 1235, Sundiata crushed Sumanguru’s forces. This victory was the beginning of the new Mali Empire. Sundiata took control of the gold-producing regions and became Mali’s national hero.

Sundiata’s first major assignment was to eliminate all those who helped him to power; introduced a regime of monster and brutality comparable only to the monstrous Maghreb warrior, Samouri Ibn Lafiya Toure of the infamous ‘earth-scorch” policy- much in the mould of modern day Boko Haram attacks. A few years in power, the people of the ancient Mali Empire would actually come to realize that he was more brutal and sadistic than Samanguru.

History is coterminous with the fact that brutal leaders all over the world have always emerged under the veneer of changing the status-quo in favour of the society. This trend sign posted the emergence of Adolph Hitler in Germany, Benito Mussolini in Italy, Joseph Stalin in former USSR, Nimiery in Sudan, Jean-Bedel Bokassa in Central African Republic and Mobutu Sese Seko in Congo. This was also the trend that greeted Buhari’s jackboot dictatorship in 1983. Despite the euphoria that greeted the emergence of his military junta, his colleagues booted him out on August 27th 1985. In his national broadcast on 27th August 1985, Brigadier-General Joshua Dogonyaro remarked that “Nigerians were unified in accepting the intervention of December 31st 1983 and looked forward hopefully to progressive changes for the better”. Then most crucially, he noted that “almost two years later, it has become clear that the fulfillment of our expectation is not forthcoming. Because future generation of Nigerians and indeed Nigeria have no other country but Nigeria, we could not stay back and watch a small group of individuals misuse power to the detriment of our national aspirations and interests”.

In his own broadcast on the same day, General Ibrahim Babangida threw more light on why Buhari had to go. According to Babangida “when in December 1983, the former military leadership of Major-General Muhammadu Buhari assumed the reins of government with the most popular enthusiasm accorded any government in the history of this country, with the nation then at the mercy of political misdirection and on the brink of economic collapse, a new sense of hope was created in the minds of every Nigerian. Since January 1984, however, we have witnessed a systematic denigration of that hope…Regrettably, it turned up that Major-General Muhammadu Buhari was too rigid and uncompromising in his attitudes to issues of national significance. Efforts to make him understand that a diverse polity like Nigeria requires recognition and appreciation of differences in both cultural and individual perception only served to aggravate these attitudes. Major-General Tunde Idiagbon was similarly inclined in that respect”.

General Muhammadu Buhari, more than anything else would be remembered as the coupists who led a severe military dictatorship that imprisoned its opponents without trial, publicly executed convicts by firing squad, arrested journalists who criticized it, ran an Orwellian intelligence apparatus that bugged the phones of government ministers; a man whose overthrow three decades ago was welcomed with relief by his countrymen, and who lost three consecutive presidential elections in 12 years. That such a character could be considered electable in any civil society would be unthinkable. But in a country like Nigeria, where majority of the people have been condemned to very short and embarrassing memories, such electoral “abracadabra” is possible. As a military ruler, Buhari’s uncompromising temperament invited opposition. Today, as a civilianized president, he has reinvented the Buhari persona with intensity and yet again inviting fierce opposition.

In the run-in to the last general election, I followed painstakingly the campaigns especially that of General Muhammadu Buhari and the APC change mantra. Like many discerning Nigerians, I had come to the inevitable conclusion that both the APC and Muhammadu Buhari displayed galling emptiness and hollowness. I also came to the conclusion that given Buhari’s poor intellectual capacity; those promoting his candidacy had other reasons for backing him, essentially because Buhari lacks the requisite credentials to launch Nigeria on the path of genuine rebirth. Events in the past 14 months have proved me right.

That, as a people, we have not learned very much from the lessons of history is, to me, the most important of all the lessons of Nigerian history. As Samuel Taylor Coleridge noted, if men could learn from history, it would teach men so much! But in Nigeria, ethnic, religious and prebendal passion and political party blind our eyes, and the light which experience gives us is a lantern on the stern which shines only on the waves behind. Perhaps this explains Hegel’s conclusion that people and governments neither learn anything from history, nor acted on principles deduced from it. Each period is involved in such peculiar circumstances, exhibits a condition of things so strictly idiosyncratic, that its conduct must be regulated by considerations connected with itself, and itself alone. It is in this context that it becomes trite to argue that history repeats itself because no one was listening the first time; and this is why Winston Churchill, Britain’s World War II Prime Minister lamented that those that fail to learn from history are doomed to repeat it.

Today, in the name of change, we have gone back 31 years in history to exhume memories of hardship, brutality and bestiality. As I have noted earlier, Buhari’s method of fighting corruption 31 years ago failed woefully and presently he is still reintroducing the same old strategy. What really nauseates me is Buhari’s pontification on fighting corruption. I will never buy into this charade because corruption does not fight corruption. Buhari and his administration reeks of corruption. If Buhari could look Nigerians in the face and declare that Sani Abacha was not Nigeria’s foremost treasury looter; then tell me how such person can genuinely claim to be fighting corruption. Buhari cannot also deny that he has a programme of Islamization of the country in his agenda. If he does not then can somebody tell me why each time a Christian occupying any sensitive office is removed it will be only Muslims that will be used in replacing that Christian? If you think I am exaggerating the matter, then tell me why all the recently retired 200 military officers in the Nigeria military were only Christians? Ibe Kachukwu was relieved as the GMD of NNPC and replaced with a core Muslim who has now instituted probe against Kachukwu; several senior police officers were retired to make way for new IGP, whose first assignment was to accuse Mr. Solomon Arase of stealing 24 police vehicles. Boko Haram members are arrested but rather than face trial, they are rehabilitated and yet Nnamdi Kanu is languishing in jail. Still we are inundated with inexplicable explanations on why Buhari is the best. Honestly I am sick and tired of this pork-barrel defenses coming out from the presidency. They are rotten lies.

I have always asked this question: Can a man known for his uncompromising and rigid tendencies resolve issues that require tactical adroitness and pragmatic flexibility? I do not think so! His anti-corruption war has failed because of “sacred cow syndrome”. He is afraid of stepping on powerful toes and has made the corruption war apparently very selective. What Nigeria needs now is a reconstructive surgeon who must perform a painful operation in order to extricate a painful ailment and not a bulldozer or robot. Buhari is not a constructive surgeon and therefore lacks the requisite credentials to perform Nigeria’s surgical operation.