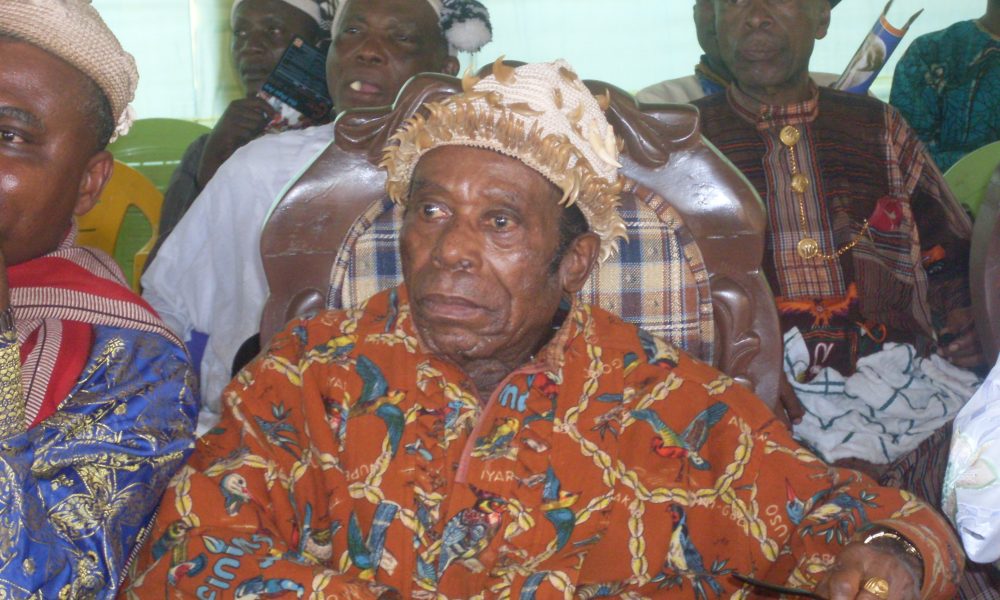 Arochukwu Kingdom is currently in a solemn mood following the disclosure by the leadership of Nzuko Aro that its revered monarch, His Royal Majesty, Mazi Vincent Ogbonnaya Okoro (CFR) has slipped into what is traditionally described as “Ovia Uwasi”, a euphemism for eternal transition.

According to the statement issued by the Secretary General of Nzuko Aro Worldwide, Mazi Anicho Okoro, “the meetings reviewed the state of affairs in the kingdom and how to ensure proper rites of passage for our sage in the best Aro tradition.”

The meetings were able to restore peace among the Arianzu, Eze Ibom Isii, Eze Ezeagwu n’Okwara Agwu and Nde Ezeogo. They committed to henceforth work together for the progress of the Kingdom.

Three months period of mourning has been declared with effect from 26th December, 2020.

To this end, the traditional activities of ARO DAY will not hold. In its place, there will be a road rally through the 19 villages in honor of the departed Eze.

Similarly, all villages are directed to cancel activities to mark the village day for 2020.

Nzuko Arochukwu, therefore, sets up a national rites of passage committee (Aro National Burial Committee) to plan and execute the series of events and ceremonies that will be the pride of every Aro.

The National Rites of Passage, consisting of 43 wise men and women, is headed by Professor Okoro Ijoma, with Mazi E.K.O Ivi and Mazi Sam Ohuabunwa as co-vice chairmen.

Arochukwu went into the 2015 elections with very high hopes. A recent article I wrote in this medium opined that this was Arochukwu’s political season. ...