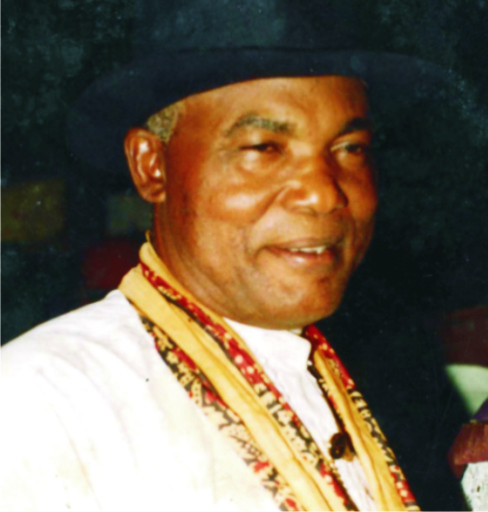 The serene neighborhood of 3rd Avenue and its environs in FESTAC Town, Lagos, came alive in the evening of November 6, 2020, as Umu Aro domiciled in Lagos converged to bid Ugwu Aro Daniel Ogbonnaya Kanu (DOK) goodbye.

It was indeed an evening of fanfare and cultural displays as Nzuko Aro women’s wing was not left out of the programme. The women stormed the venue in their radiant white blouse and joji wrapper and were the cynosure of all eyes as non-Aro people, who are neigbours of Mazi Kanu, gathered in their numbers to catch a glimpse of what was going on.

As the day wore on, members of FAYA and the women’s wing of Nzuko Aro added their voices to a cultural music and dance while Ekpe Aro cultural troupe thrilled the crowd with a scintillating display.

Umu Aro who attended the event had fun till the wee hours of the day.

Mazi Dan Kanu was born on December 15, 1945. He was educated at the Aggrey Primary School, Arochukwu; St Paul’s College, Aba, National School of Salesmanship, London; London School of Management and the London School of Advanced Course in Marketing.

Ugwu Aro was also a member of the Presbyterian Church of Nigeria, FESTAC Town branch as well as several other socio-cultural organizations.

He left to mourn him, children, grandchildren and other relations,