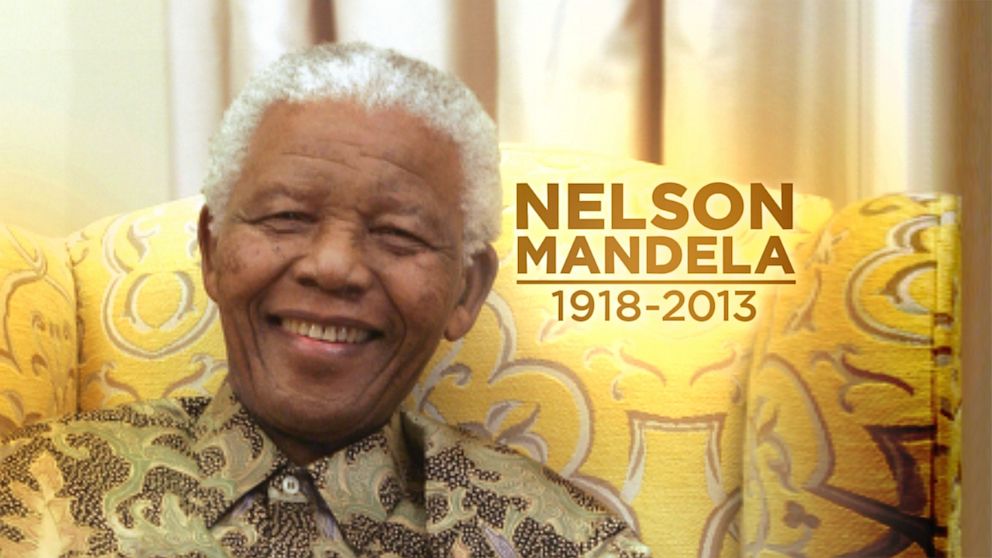 Exactly one year ago this column was dedicated to the legendary Nelson Mandela whose struggle against the apartheid regime in South Africa, as a result of which he spent 27 years in jail, earned him global respect. The title was Encounter with Nelson Mandela & the Lyrics of Ozidism and it resulted from a one week visit to South Africa and a half-day tour of some major historical attractions around Johannesburg. As I said therein, when the choice of tour sites were presented, I did not have to think hard before settling for a trip to the Nelson Mandela family house in Soweto, a nearby suburb of Johannesburg. As a literature student, books and documentaries on South Africa and the history of Mandela and the associated activities that led to the demise of apartheid in 1990 had always interested me.

Although he was in a poor health condition which was being effectively managed, his ill health worsened and became public knowledge only after my visit. So when the news of his demise broke, I could not think of a better tribute than a reminiscence of the major historical sites associated with his struggle for freedom and three stood out namely, his statue in major centers around the country, the Regina Mundi Catholic which gave him effective cover on many occasions to evade arrest by government forces and the only house he calls his own.

Nelson Mandela meant everything to South African natives, and even most white settlers who are now fully integrated into the ‘rainbow’ society. All major public arenas have his effigy as an eloquent testimony of what he represents; a colossal image of a legendary personality and, as my tour guide, George, hinted, he remained their guiding spirit even as biology had effectively constrained his movement and communication. Effectively out of circulation, the Mandela statue which could be seen standing in major cities in SA remains what is left for the people to connect with him in order to have a feeling of his physical presence. On daily basis, people throng to look at his statue and many won’t leave the scene without touching it. The enlightened ones even make reference to what he once said…what counts in life is not the mere fact that we lived, rather it’s the difference we make in the life of others that determine the significance of the life we lived.

The apartheid regime was typified by its 1948 laws of segregation between the blacks and whites. They were not allowed to marry each other; they were made to use different hospitals, buses, schools, etc. But worse was the ‘pass laws’ introduced in 1958. This law stopped black people from living or working in towns unless they had the right papers. That meant they had to live and stay in very poor areas until they were needed for a job. Blacks were very angry for this and many protests were staged, each stoutly resisted by the apartheid regime. However, the biggest action occurred in 1976 when over 500 students were reportedly shot and many were killed. Nelson Mandela was an arrow head of these struggles and making use of unlikely venues for meetings and mobilization, such as Regina Mundi Catholic Church, enabled him to outwit the apartheid regime and ensured the victory that led to their freedom. Holes created by bullets that were shot all around the church when the apartheid government realized that it was being used as venue by Mandela and his group for political meetings still exist till today for tourists to see.

The Mandela house at 8115 Orlando West, on the corner of Vilakazi and Ngakane Streets, Soweto, was built in 1945 as part of a Johannesburg City development in Orlando. According to Nelson Mandela himself, “it was the opposite of grand, but it was my first true home of my own and I was mightily proud. A man is not a man until he has a house of his own.” Mandela moved into the house in 1946 with his first wife, Evelyn Ntoko Mase,later his second wife, Nomzamo Winifred Madikizela (Winnie). Mandela was to spend little time here in the ensuing years, as his role in struggle activities became all-consuming and he was forced underground in 1961, living a life on the run until his arrest and imprisonment in 1962, and sentence to life imprisonment in 1964. Mandela returned to 8115 Orlando West briefly after his release from Robben Island in 1990. He then moved in with Winnie in Beverly Hills, Soweto before finally moving to his present house in Houghton. It was subsequently turned into a museum, with Mandela as founder trustee of the controlling body, the Soweto Heritage Trust. My presence at the Mandela house left lasting impressions on me, not the least, being his looming presence even though he was physically absent there. The import of how extraordinary love for fatherland and service to community could cause positive change and transform a people by this astute believer in a cause, also dawned on me. What else is there to say, Good bye, Madiba.

Hard as I tried to steer away from commenting on issues of leadership in this particular edition, the need and urge refused to give way, ...