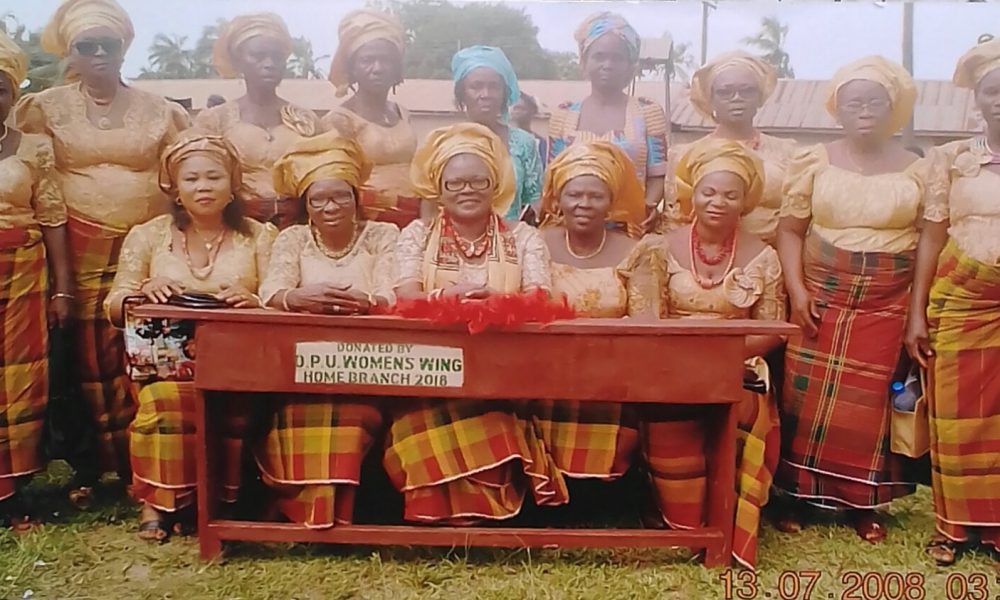 For the members of staff and pupils of Arochukwu Central School, Obinkita, Arochukwu, Friday the 13 th of July is a day they will cherish for a long time as members of Obinkita Progressive Union, Women’s wing, Home branch, donated ten benches to the school to ease the hardship experienced by the pupils in the course of their studies. Led by its President, Mrs. Kate Ijoma, the women explained that what informed their decision to make the donations was as a result of information that reached them, which indicated that pupils of the school were sitting on the floor to write. This development grieved the heart of the mothers, and they decided to put smiles on the faces of the pupils.

In the words of Mrs. Ijoma, community development should be embraced by all Aros, irrespective of social inclinations, to bring progress the town. Handing over the benches to the headmistress of the school, Eze Ogo Obinkita village, Mazi Oji Akweke accompanied by members of his cabinet, charged the staff of the school to ensure that the benches are put to good use, while also urging
them to properly maintain them. He thanked the women for their gesture, and prayed God to reward them abundantly.