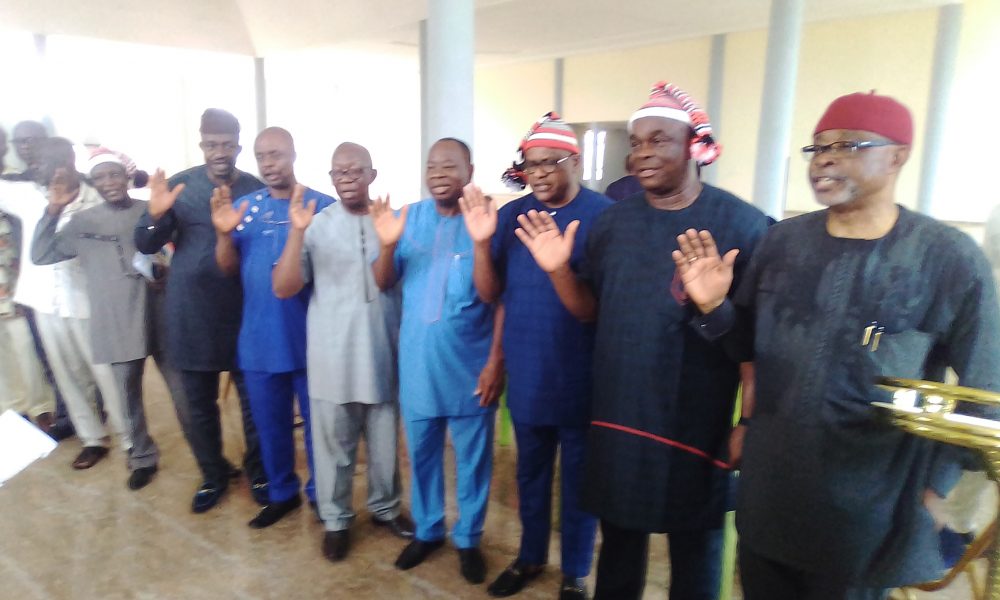 Mazi George Okoronkwo Ezuma (Ugwu Aro) was on Saturday the 27th April 2019 re-elected for a second term of three years as the President General of Nzuko Aro Worldwide.

The election, which took place at the main arena of the Aro-Okeigbo Historic Centre saw Ezuma re-elected unopposed alongside members of his executives from the first term.

Oath of allegiance and swearing in ceremony was administered by the patrons with Mazi Emma Kanu Ivi, Chairman of the electoral committee, taking charge of the proceeding.

The Chairman of Aro News Publications Ltd, Mazi Emma Kanu Ivi (Ugwu Aro) has bagged the Fellowship of the Chartered Institute of Administration (FCIA). The ...