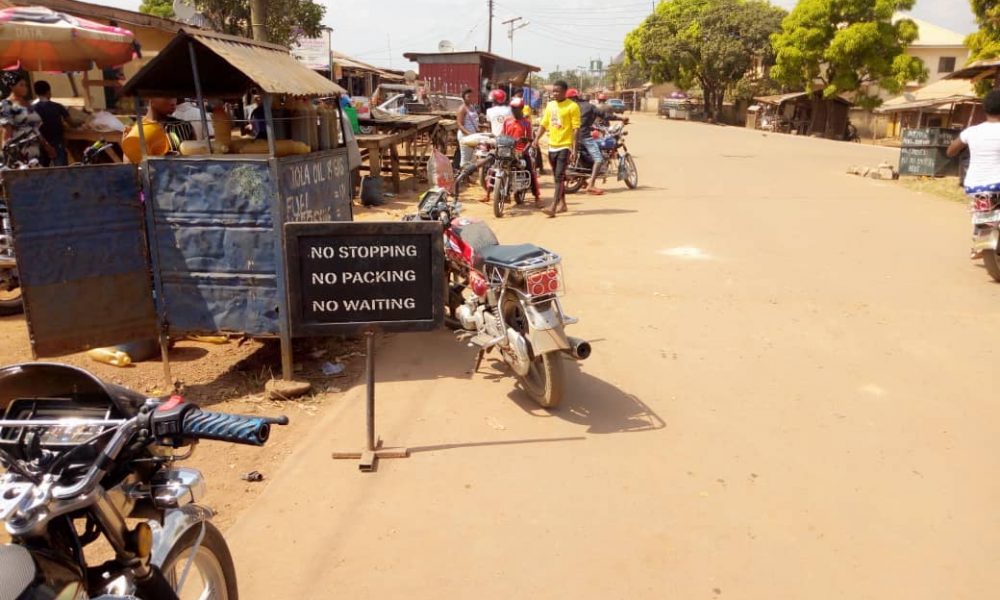 Members of the Motorcycle Union in Arochukwu have restated their commitment to ensuring safety of their passengers during this year’s Yuletide.

The Union spoke through its Chairman, Nwa Mazi Nmerem Okoronkwo, after their meeting on November 30 at their office at Avia Nkwo.

They said the Union is committed to ensuring that its members observe security and safety procedures and measures while carrying passengers to their various destinations. He said the Union has warned its members on the dangers of over speeding, drinking and driving and other wayward lifestyles.

“Our members should remember that the transportation business is a noble one, and should treat all passengers with respect as customers,” the chairman said.

Nmerem added that sensitization of their members has been done and fines and other disciplinary actions will be taken against members who fail to comply.

He also expressed gratitude to villages that constructed bumps on the road, saying that it would help reduce over-speeding.

Asked if the union has any plans to regulate the cost of transportation during the Christmas period, Nmerem said the Union does not encourage its members to hike fares at this time, but encouraged them to be their brothers’ keepers by maintaining their ‘normal’fares on all routes.

Similarly, the road transport workers union has sensitized its members plying Umuahia and Aba routes on safety procedures, to ensure an accident-free Christmas celebration. Their spokesman, Mazi Onwugbufor disclosed this to Aro News correspondent at the Amaikpe Motor Park.

Onwugbufor announced that their drivers are ready and in good spirit to serve their customers.

He assured that transport fares from Umuahia to Aro and from Aba to Aro will only increase slightly unlike before, hoping that there would be no fuel scarcity during the season. That, according to him, is usually the major cause of hike in transport fares.