Hand in hand…no one succeeds in isolation 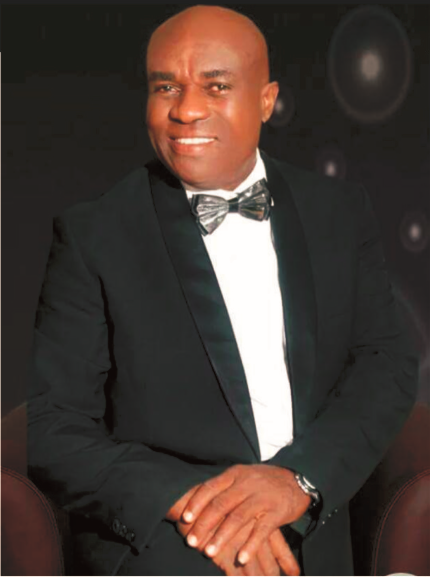 “Truth is heavy, so few men carry it” – Jewish proverb

“Forgiveness is the sweetest revenge” – Sam Aka

Warning: This column may be hazardous to areas of mediocrity in your life!

Many years ago there was this tragic story of a young boy who wandered off from his house and into a huge wheat field. It was getting late and the temperature was dropping, so the parents began to search frantically for the little boy. Finally, after a few hours of looking, they called the police. The word got out, and all the people from the neighbourhood came together to look for that little boy.

After a few hours of that, they got the idea to join hands and comb the field in one big line. And in one far corner of the field where no one had looked, they found the boy’s lifeless body. It was so tragic!

The father, being interviewed by the local newspaper a few days later, was quoted as saying, “If we’d only joined hands sooner, perhaps we could’ve saved my son.”

The tragic truth is that many people today are suffering and dying on their own because they haven’t joined hands with other people that can multiply what they are doing. They’re running around frantically trying to solve their own problems. Don’t try to live life alone.There are no lone rangers of the success community. Walk hand in hand with other people in your local church and community; and you’ll be equipped to take on any crisis that comes your way.

It is mainly about situational leadership; let the person with relevant core competence for a situation take leadership. Running this earthly race in a team is wisdom. No one succeeds in isolation!

Even before Titanic arrived on the big screen in 1997, people have been fascinated by its story, perhaps because there was so much to it. Clearly, many mistakes were made that led to its sinking. Although it was called the unsinkable ship, it sank! And it sank relatively easily.

We know that 1,500 people perished in an icy grave. We know there were not enough lifeboats on board. We know that many of them went out half-full, some with only four or five people when they had the capacity to carry at least 60. But one of the greatest tragedies about the Titanic was the fact that while there was room in the lifeboats, no one went back to save anyone else.

They had rowed out a distance from the sinking vessel because they were afraid of its suction. Survivors said they could hear the screams of the people as the Titanic finally disappeared below the surface. Here were people in lifeboats that had room. They could have rowed back and pulled others in…yet they did nothing about it. They waited for about an hour, and then they went back. By then, they were only able to save a handful of people. They waited until it was too late.

Right now, there is a lost world around us. People are going down, and we have room in our lifeboat. Do we care enough to go and pull them on board? Do we care enough to do something for them? In the film, “Gladiator”, Maximus Decimus Meridius, leading his troops into battle, declared, “What we do in life echoes in eternity.” That is a true statement. What we do in life echoes in eternity. We act as though everything that can be done must be done during our life on earth, and we must do all that we can with our time, abilities, and resources. There is a great element of truth to that, because we certainly don’t want to waste our lives. And when life is cut short or hindered by a disability or an illness, when a child dies, or a young man or a young woman dies, it is a big loss. Each life should be lived to the full to the glory of God.

But there are people who live wicked lives, who do nothing with what God has given them and opposed God in every way; even doing damage with their lives.Those who live godless and selfish lives are considered blessed in our present society.The end now justifies the means. They say to themselves,’….let’s eat and drink, tomorrow we die.”Why do we think that way? Because we think all that will happen will happen in this life, and then it is over. But that is not what the Bible teaches. The Bible teaches that life goes on, and God will judge our every action. We must remember that death is not the end of life but a continuation of it in eternity. We will appear before the judgment seat of God, and each of us will be rewarded according to our works. Whatever sacrifices you are making for God’s kingdom will be made up to you. God will not be your debtor.

Billy Graham’s daughter was interviewed on the Early Show and Jane Clayson asked her, “How could God let something like this happen?” (Regarding the attacks on September 11). Anne Graham gave an extremely profound and insightful response. She said,”I believe God is deeply saddened by this, just as we are, but for years we’ve been telling God to get out of our schools, to get out of our government and to get out of our lives. And being the gentleman He is, I believe He has calmly backed out. How can we expect God to give us His blessing and His protection if we demand He leave us alone?” In light of recent events…terrorists attack, school shootings, etc. I think it started when Madeleine Murray O’Hare (she was murdered, her body found recently) complained she didn’t want prayer in our schools, and we said OK.

Then someone said you better not read the Bible in school ….the Bible says thou shalt not kill, thou shalt not steal, and love your neighbor as yourself. And we said OK. Then Dr. Benjamin Spock said we shouldn’t spank our children when they misbehave because their little personalities would be warped and we might damage their self-esteem (Dr. Spock’s son committed suicide). We said an expert should know what he’s talking about. And we said Ok. Now we’re asking ourselves why our children have no conscience, why they don’t know right from wrong, and why it doesn’t bother them to kill strangers, their classmates, and themselves. Probably, if we think about it long and hard enough, we can figure it out. I think it has a great deal to do with, “WE REAP WHAT WE SOW.”

Funny how simple it is for people to trash God and then wonder why the world’s going to hell, funny how we believe what the newspapers say, but question what the Bible says, funny how you can send ‘jokes’ through e-mail and they spread like wildfire but when you start sending messages regarding the Lord, people think twice, funny how lewd, crude, vulgar and obscene articles pass freely through cyberspace, but public discussion of God is suppressed in the school and workplace.

Mere moments away from slaughter, Paris fans at Eagles of Death Metal concert sang song glorifying the devil. This is awfully shocking to me knowing that I cried out and mourned with the French over such terrorist dastardly act of wickedness. With their hands raised high in the air, Paris fans at the Eagles of Death Metal concert made the Satanic “devil horns” salute without seemingly a care in the world. Amazingly, the song that was playing the moment the shooting started was called, ‘Kiss The Devil’,

And here are some of the lyrics from that tune:
“Kiss The Devil” – by Eagles of Death Metal

As the French death metal fans were singing along with those lyrics, offering their love to Satan, the devil responded as the devil always does with death and destruction. Now, you go ahead and spin that any way you like, any way that makes you feel comfortable.

But as a Bible believer, I know exactly what happened Friday night at 9:40PM GMT in Paris, France. People asked for a manifestation of the Satan, and guess what? They got one. It is safe to say that there were just about no Christians at the concert that night, the vast majority of those people were lost, unsaved people. I wonder how many of them were offered the life-saving gospel of Jesus Christ and turned their nose up at it? Probably more than a few of them. We see it all the time as we street preach.

To most lost people, the devil is a joke and Hell will be a beer and sex infused party. Nothing could be further from the truth. As those people bled and died on the dance floor of the Death Metal concert, they went from singing about the devil to meeting with death face to face. Oh…ooo…lovely souls! Should they have died that way???

Hell is no joke, it is absolutely not a party, and you do not have to end up there. Friday night they “kissed the devil”, and the devil kissed them right back. Don’t let it happen to you. I STILL MOURN WITH THE FRENCH AND THE REST OF THE WORLD WITH ‘MILK IN THEIR BREAST’. TERRORISM IS AN ACT OF WICKED COWARDISE AND SHOULD BE CONDEMNED N DESTROYED IN ANY FORM or RAMIFICATION!

Lastly NEVER QUIT the good work…you are unstoppable if you are self-motivated and determined!

Oprah Winfrey said,
“I was raped at the age of nine”, Yet she made a success out of her chosen vocation and same with community of others;

“I didn’t even complete my university education” – Bill Gates

“I was sexually, mentally, emotionally and verbally abused by my father as far back as I can remember until I left home at the age of eighteen” – Joyce Meyer

END OF YEAR PROPHECY FOR YOU

God will stand by you, your situation is receiving God’s attention today, and you are entering into your season of:
– supernatural victory,
– turn around breakthrough,
– spectacular miracles, and
– celebrations, in the mighty name of Jesus Christ.