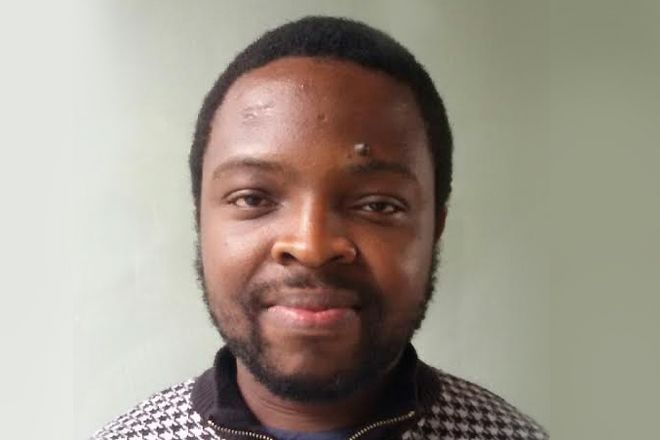 Birkbeck PhD maths student Chimere Anabanti has been awarded a Gilchrist Educational Trust prize for the postgraduate researcher at the College who has made the most outstanding contribution to their field during the past academic year.

The winner was chosen by the Birkbeck Graduate Research School (BGRS) from a field of 36 entries, with all part-time and full-time students during the 2016/17 year encouraged to make submissions.

Chimere’s research has focused on the area of locally-maximised product-free sets (LMPFS) in finite groups and his work has seen him answering three previously unresolved questions dating from 1983, disproving both a 1974 conjecture and a 2014 theorem as well as proving a further conjecture.

Chimere, who comes from Arochukwu in Nigeria’s south eastern Abia state, achieved a first class Maths degree at the University of Nigeria, Nsukka (UNN) and went on to study at the African Institute for Mathematical Sciences (AIMS) South Africa and the University of Warwick. He joined Birkbeck in October 2014 to begin his PhD studies with a BEI Anniversary full scholarship.

The 30-year-old, who was supervised by Professor Sarah Hart, has been awarded £300 in book vouchers. It is the first time a Gilchrist prize has been given to PhD students at Birkbeck, with previous awards targeted at undergraduates.

Chimere, who has now returned to Nigeria and is working as a maths lecturer at UNN, said: “I feel honoured to be awarded the Gilchrist Educational Trust PhD Student Prize. When preparation meets success, the word ‘lucky’ is sometimes used. However, I do not think I would have been able to do anything notable – to make me the lucky one – without direction from God; I therefore give the glory to God.”

Entrants were assessed on various criteria including eminent publications, important citations, conference invitations and notable awards. Due to the strength of the entries, Birkbeck has also funded a number of £50 runner-up prizes to recognise the achievements of the students.

Professor Julian Swann, Pro-Vice Master for research, said: “The College received a large number of applications from across Schools and academic disciplines which demonstrated the exciting and innovative research of our PhD students, Chimere’s application was outstanding and he is a worthy winner of this year’s Gilchrist prize.”

Prizes have been presented to the following runners-up (with their schools and supervisors in brackets):

And the award panel has given special mentions to:

Retired civil servant and community leader clocked 68 on the 10th of April. A native of Atani village, Ugwu Aro was educated at Lagos City ...