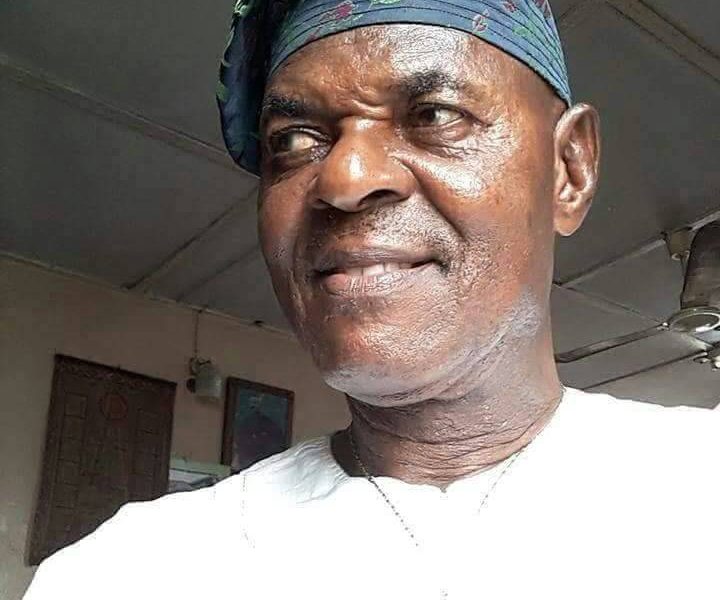 The Board, Management and Staff of Aro News Publications Ltd mourn the demise of Mazi Sinclair Ogbonnia who shall be buried this season. Obviously this is a Xmas with a difference for Aro News Newspaper. It is not something that calls for cerebration but mourning, especially for the pioneers that closely associated with the man whose sacrifices earned us the enviable brand. The demise of this elegant son of the kingdom that played significant roles in our early beginnings, and who is being buried this period provide sufficient cause for the mood. Mazi Sinclair Ogbonnia was a foremost marketer and was solely in-charge of the Lagos market for all our publications from inception in 1997. And, due to his excellent performance, he was amongst the few that were honored with the long service award during our 10th year anniversary celebrations in 2006. As a mark of respect therefore, we wish to honor him.

A written word remains a testimonial which is indelible for life, thus shall stand to his credit for the great sacrifices he made towards the cause of enlightenment and community development. In this wise, his sacrifices for the cause of knowledge and mass communication shall not be in vain.

The institutionalization of Aro News as the community’s foremost tabloid benefited immensely from his hard work, so it is to his credit that the community quarterly celebrated 20th year anniversary few years ago.  Aro News correspondent was informed that the news about his death was sudden because he was not sick. Several times when, arising from his complaints about debtors who bought newspaper without paying and strategies for improving sales was discussed, he always admired our insight when we advised that any copy debtors fail to pay for shall not be a total loss as such copies shall be sources of advertisement that shall attract subsequent patronage.

According to the Chair, Aro News Board of Directors, Mazi Emma Kanu Ivi, FCA, with his demise, death has snatched from us an unassuming, polite, frank, courageous, and God fearing gentleman. We are sad because of the vacuum created by his absence but happy because the Almighty allows events to occur in the fullness of their times. He noted that late Mazi Sinclair was bold to a fault and generous to everyone. He excelled in the public service career and retired meritoriously into private business. Moreover, Mazi Ivi, Ugwuaro, observed that happily, he left excellent records that shall continue to speak volumes about his integrity years after retirement and death. Aro News learnt that his hearty and charming smiles and loud conversation, elegant and fashionable dressing and quick pace remained distinct traits that distinguished his personality.

Our founder and pioneer publisher/editor in-chief, Dr Azubike Okoro, Ikemba Arochukwu, described Mazi Sinclair as someone who loved good life exceptionally, courted the thrills it brought such that no one close to him was in doubt that he lived happily. Courage, boldness and integrity remained his finest qualities, Mazi Okoro opined. Engr Alex Okoronkwo Ezumah, Ugwuaro, told our correspondent that Mazi Sinclair lived his live essentially according to his faith in God and the things he loved. And, that in every sense of the word, he was an accomplished and cultivated gentlemen.

Mazi Ezumah noted that his modesty was disarming and his comportment and integrity impeccable. Mazi Ugo Okoro, Aro News Managing Editor, pointed out that as we mourn the painful loss of our former associate, we are consoled by the fact that whenever the story of Aro News shall be told, his name shall feature prominently for his special roles in its history. According to him, he shall be dearly missed by former and current associates and staff of the publishing house, especially for his honesty and diligent services. Adieu.