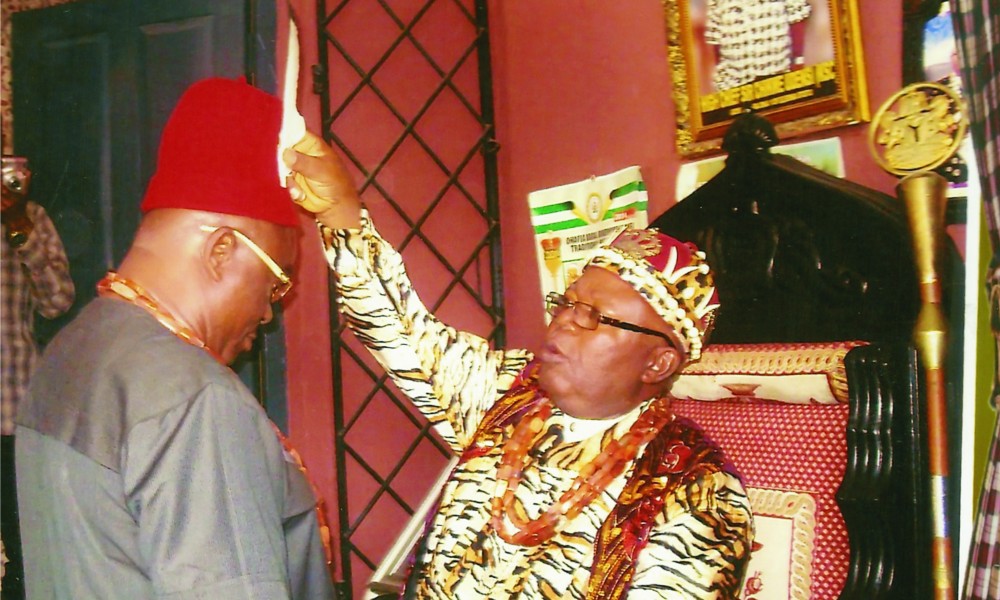 Sir Benjamin Nnadozie Udensi (KSC), President General of Atani Welfare Union and Ikemba Aro was on Saturday, the 27th of December, 2014 bestowed with the Ifemba of Ututu title by His Royal Majesty, Eze Chris Nwankwo.

In recognizing Sir Udensi, Eze Nwankwo extolled the leadership attributes of the Special Adviser on Poverty Alleviation to the Imo State Governor.

He stated that the honour to Udensi was for his contribution to the growth of the society and Arochukwu Local Government Area in particular. Sir Udensi he noted had through his various farms produced agricultural produce for the entire South Eastern region and beyond. He urged him not to relent on his efforts at food sustainability noting that agriculture will soon become the mainstay of the country’s economy.

It will recalled that Sir Dozie Udensi was bestowed with the Ikemba Aro award in 2005 by Aro-Kingdom in recognition to his contributions to the development of the community.

Are you an Aro man, woman, or leader? Do you know where the Post Office is located in your town of Arochukwu – and when ...